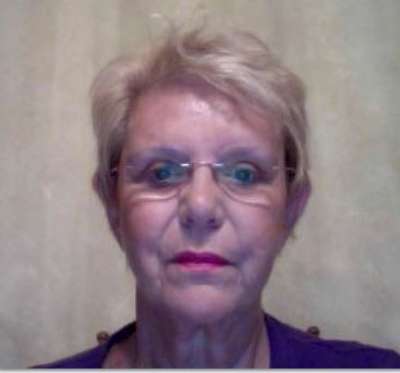 Marion Merryweather Arnold was originally from Boston/New York she attended school in Neuchatel, Switzerland, and Paris, France and studied for a year abroad with McGill University. She was graduated from Boston University with a degree in Political Science. The family has a large working ranch in southern Wyoming dating back to about 1900, so she was naturally drawn to the West. She moved to Arizona in 1961.  She was a  Life Master in Bridge and a Master Gardner, As a real estate broker, she founded and ran Merryweather Realty, primarily selling land to regional and syndicators. She was also the founder and CEO of Pacific Aircraft, a company that manufactured high quality model airplanes in the Philippines and distributed them worldwide from their Scottsdale Airport location the US.

Although Byron and Marion met some 40 years ago they did not marry until about 25 after that first encounter.  He was busy running Kline Pickle Company and she was dealing with the airplane startup. She was pre deceased by her only daughter, Cecily Ann.  She is survived by her much beloved husband, Byron Arnold, her sister and husband, Ann and Jeff Cozad, a nephew, James and two nieces, Megan Cozad and Katie Allen as well as 36 first cousins. At Marion’s request there will be no funeral. A Graveside Service will be held at 12:00 noon, Thursday, November 12, 2015 at Cave Creek Cemetery.

Offer Hugs From Home Condolence for the family of MERRYWEATHER-ARNOLD , MARION