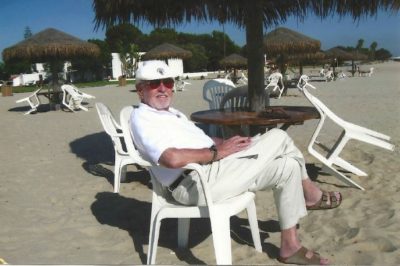 John “Jack” Edward Messemer has been liberated once again at the age of 94. Jack was a giving man and he loved to help others. The former POW spent his life in the service of his country. Jack treasured the military. He fought in World War II and Korea. Jack spent forty-one years doing what he loved and would have served until the end if there wasn’t an age limit. Jack was a world renowned smartass. His smile and chuckle brought joy to the many people that loved him. He would famously boast about his three hole-in-ones on the golf course.

For Jack, passion was in no short supply. The retired Air Force Senior Master Sergeant decided after leaving the service that he would put his unique skills to use helping other veterans and Former Prisoners of War. As Veterans Service Officer, he served as a liaison between veterans and the Department of Veterans Affairs POW Coordinator. He helped others by ensuring they received all benefits which they were entitled to in a timely manner. Jack had a profound impact on those he helped, both in and out of the service. It was difficult not to love him the moment you met him.

Jack is survived by his son John Jr., his daughter Virginia and grandchildren. His loving life partner Mary Watson brought him great joy in his final years. He was preceded in death by his wife of forty years Calli Messemer, and his son Steven. He will be greatly missed. Jack at long last is finally at peace.

He was eternally grateful to those who cared for him in his last days. Very special thanks to the staff of Generations at Agritopia for loving and caring for Jack this past year. Thank you to Hospice of the Valley for wonderful care and support. In lieu of flowers, donations may be made to Generations at Agritopia staff fund or Hospice of the Valley.

A Graveside Service with military honors will be held on December 5, 2016 at 10:30am at The National Memorial Cemetery of Arizona, 23029 N Cave Creek Rd, Phoenix, AZ 85024. Arrangements entrusted to Whitney & Murphy Funeral Home.

Offer Hugs From Home Condolence for the family of MESSEMER, JOHN “JACK” EDWARD