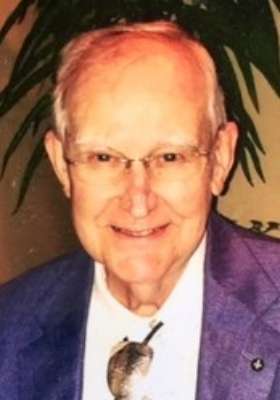 Our dear and most beloved father, husband, brother, mentor, teacher, healer and friend Belton passed away peacefully at home in the company of dear friends and his beloved wife Marion.  His passing followed a brief but courageous battle with lung cancer. Belton was born in Stockton, California, the second child of Margaret Anna Kammerer and Hermann Perrin Meyer.  He was proud to call himself a fifth generation Californian, and throughout his life he was an avid student of family history and repository of family lore.  After several moves during his father’s military service in WWII, Belton and his sister Joanne Aloyse Meyer settled in Sacramento and were raised by their mother and a large and supportive extended family.  As a youth he was industrious of necessity, working for several summers at his uncle Stanton’s cabins at Lake Tahoe, delivering papers for the Sacramento Bee (the future SF Chronicle Columnist Herb Caen was on his route), was a sales clerk and delivery boy at Franke’s Pharmacy, a stock boy at Weinstock’s Dept. Store, and later an orderly and lab technologist at Sacramento County Hospital.  His many reminiscences on growing up and on Sacramento and California history, were always fascinating. Belton earned an A.B. degree from UC Berkeley in 1957, and his M.D. degree from UC San Francisco in 1960.  From 1960-61 he completed a rotating medical internship at Highland County Hospital in Oakland, where he met and courted the love of his life, Marion Annette Pinkerton of Alpena, Michigan.  They were engaged on St. Patrick’s Day and married in Berkeley on July 2, 1961.  He served two years’ active duty as a Lieutenant in the US Navy Medical Corps, then returned to his medical training, completing his pediatric residency at UC San Francisco in 1965 and an NIH fellowship in newborn respiratory physiology at Stanford in 1967, laying the groundwork for his pioneering work in Arizona.  Sons Paul and Christopher were born in 1963 and 1966. In July of 1967 the family moved to Phoenix, as Belton had been sought to medically direct the Arizona Premature Transport and Intensive Care Program.  By most accounts he was the first physician in the new specialty of neonatology to establish a community practice outside of academic centers and was the only neonatologist in Arizona for the next three years.  During this transformative time, he helped to pioneer the implementation of regionalization of care for mothers and infants, directing the establishment of two major maternal and nursery units in Phoenix to care for sick newborns delivered locally or transported from less equipped rural areas.  Based on encouraging results, he worked tirelessly with the state legislature to provide funding for a statewide program of specialty centers for newborn intensive care and coordinated transport, and by 1972 newborn mortality in Arizona had declined from 35th to 3rd nationally.  Our family has been blessed with countless stories of newborns who would not have survived without the efforts of Belton and those who worked with him to establish these vital programs. Belton retired from medical practice in 1992 and subsequently served for 5 years as medical director of AHCCCS (Arizona Medicaid care model).  He then returned to school and earned a Ph.D. in the ASU School of Justice Studies, focusing on the nature of the

newborn.  During and beyond his professional career, he also served on local, state and national boards and committees and in service activities that are far too extensive to enumerate.  Likewise, he was honored with numerous local, state and national awards.  Belton was a devout Catholic, an adult convert, who was involved in numerous Catholic ministries.  Particularly dear to him was his ongoing service since 1991 in the Order of Malta, and during the last year of his life he was regularly involved in at least seven religious and community based service activities. When Belton turned 80, he told his family that he was transitioning from feeling like a teenager, to feeling more like a young adult!  It was this youthful vigor that, despite all his professional and community commitments, allowed him to be the most remarkable husband, father, grandfather, caregiver (for Marion), friend and neighbor imaginable.  He was a voracious reader with almost encyclopedic knowledge and a thirst for conversation, and his “monologues” became legendary.  He loved life–food, music, travel, and most of all time with Marion, children, each beloved grandchild, and his many friends, neighbors and acquaintances.  But he was equally defined by an unshakable sense of values and spirituality and an almost child-like purity of love that touched all who knew him and also by his almost saint-like devotion to Marion who is suffering from advanced Alzheimer’s. Belton is survived by his wife Marion, sons Paul and Christopher, daughters-in-law Iris Colon and Charmaine Felix-Meyer, grandchildren Nicolas, Jack, Emma, Paul and Iris Meyer, niece Lisa Nelson and nephew Eric Meyer, cousins Robert, Jack and Carlton Meyer.  Services will include public viewing at the Whitney & Murphy Funeral Home on Friday, February 26th, 2016 from 6-8pm and at Brophy Chapel on Saturday, February 27th, 2016 from 10-11am, followed by Mass at St. Francis Xavier Catholic Church at 11:30am.  A reception in the Church hall will immediately follow Mass.  In lieu of flowers, donations may be made to the Holy Family Hospital in Bethlehem: www.birthplaceofhope.org