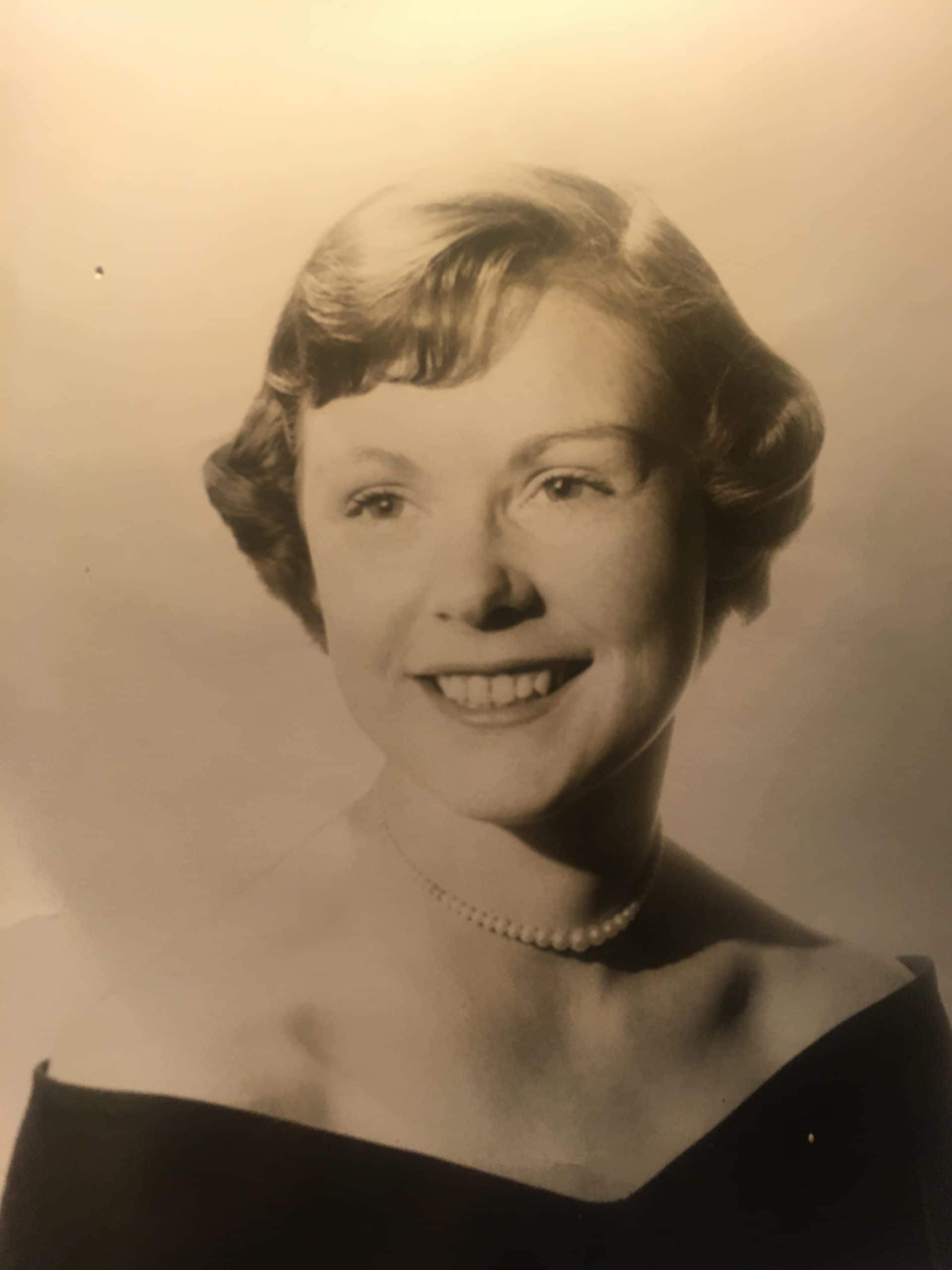 Loving mother, grandmother, and friend Marion Annette Pinkerton Meyer, passed away July 17, 2020 surrounded by her family and caregivers, in the home she so cherished and shared with her late husband Dr. Hermann Belton Perrin Meyer.

Marion was born and raised with her brother Paul in Alpena, Michigan, the second child of Paul Pinkerton and Lorraine Bartreau. She graduated from Saint Anne Catholic High School. An avid reader of novels, she dreamed of one day moving from the small town on Thunder Bay to the big city. She went to the St. Joseph Mercy Hospital School of Nursing in Ann Arbor, and received her RN degree and license in 1953. She then moved to Denver where she began her career as a Registered Nurse and earned the nickname “Pinky” from her dear friend and roommate who, in addition to a handful of other schoolmates, would become lifelong friends.

Marion met the love of her life, Belton Meyer, while working at Highland County Hospital in Oakland, CA where Belton was completing his rotating medical internship. They were married on July 2, 1961 in Berkeley, CA and had two sons, born in the Bay Area — Paul in 1963 and Christopher in 1966.

In 1967 the Meyer family moved to Phoenix, AZ where they built a life filled with many friends and lived with a deep commitment to community and service for those in need. There, Belton founded Arizona’s first neonatal intensive care program. Having retired from nursing, Marion devoted her time to her two sons and their growth and development. She created a home that was warm and welcoming, happy to have it be the hub for her boys and their friends. She fostered their budding interests in beetle collecting and naturalism and was always a good sport when they travelled deep into remote regions of the Arizona desert in search of the best beetle collecting spots. They took many trips to the family cabin they built in Flagstaff where they created many meaningful memories and delighted in Marion’s delicious recipes — many of which are still enjoyed by the family today.

Just as she prepared to face the freedom and challenges of the empty nest, Marion was tasked with the care of her mother, Lorraine, who ultimately succumbed to Alzheimer’s in 1989.

Upon Belton’s retirement from medical practice in 1992, the couple began the next chapter of their lives. Marion took courses in Philosophy and Literature at Phoenix College, helped found an investment club with her friends, attended local cooking school programs, and became an active and very skilled bridge player. She and Belton traveled to Europe, often with Marion’s nursing school cohort, and visited their sons in California regularly. A few years after the birth of their first grandchild in 1997, Marion began to exhibit signs of dementia. For the first time, she was the one who would need looking after. In 2011, Belton sought help from a care team for Marion and remained committed to keeping her in her beloved home. Belton suddenly fell ill with lung cancer and passed away in 2016. Marion remained in the home with her caregiver, Claudia Cardenas and her family. She received excellent care and an abundance of attention from Claudia, Hector, and the entire Cardenas-Morales family.

Marion brightened any room she graced with her presence, and although she came across as shy and unassuming, those who knew her delighted in her humor, wit, and her studied engagement with the news of the day. She was, as Belton wrote of her in a poem written shortly before his death, “… the Lode Stone of all her surrounds,” and she is deeply missed by all those who knew her.

A Memorial Service is not scheduled at this time due to the ongoing Covid-19 pandemic, but family and friends will be notified when it is possible to hold one in the future.

Offer Hugs From Home Condolence for the family of MEYER, MARION ANNETTE (PINKERTON)