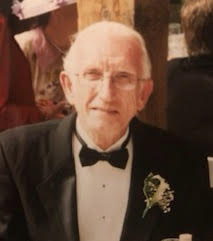 Roger Miller recently passed away in Prescott, Arizona. Roger was born on February 11, 1939, to Ernest and Evelyn Jones Miller in Minnesota. At Lake Wilson High, he was student council president and salutatorian for the class of 1957. He studied Pre-engineering at Hamline University in St. Paul for 2 years, transferring to the University of Minnesota as a Mechanical Engineering major, graduating in 1962. As a member of the UM Marching Band he participated in the 1960-61 Rose Bowl parade.
Roger served as a missionary for the United Methodist Church for several years, first in the Philippines and then Korea.
Roger was employed and served as Vice President at J & B Sales Co. in Phoenix. He was active in the Arizona Section of the American Society of Mechanical Engineers and served as chairman and on the Board of Directors. He thoroughly enjoyed working on antique Ford cars and pickups. In his spare time, he collected model trains and joined other train collectors at meetings for fun and fellowship. He had been richly blessed by Faith and Trust in God through knowledge of Jesus Christ, and in later years was an active member of the Unity church.
He loved his Prescott home and the many opportunities in the community, such as college classes, participation in the college band and the antique auto club.
Roger will be dearly missed, and remain forever in our hearts.
Roger is survived by his wife Carolyn, daughter Renee (Aaron) Walls, stepsons Mike and James (Janet) Somerville, brother Dennis (Kathy) Miller, granddaughters Riley and Keira Walls, and many cousins, nieces, and nephews. He was preceded in death by his first wife Loida, and his parents Ernest and Evelyn Miller.
A memorial service will be held on Saturday, October 20, 2018 at 10:00 A.M. at Whitney & Murphy Funeral Home, 4800 E Indian School Rd, Phoenix.

Offer Hugs From Home Condolence for the family of MILLER, ROGER E.