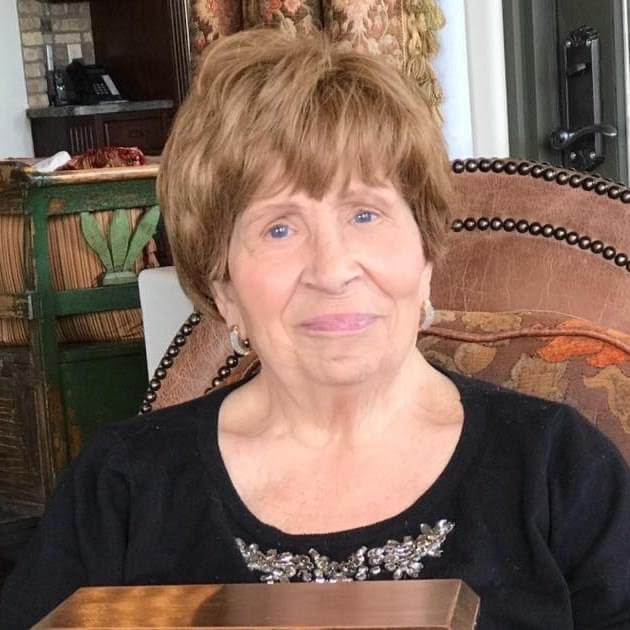 Wanda Sue (Stubblefield) Miller, 86, of Phoenix, passed away on July 30, 2022. Wanda was born on October 12, 1935, in Palmersville, Tennessee, the only child of Hilma and Carter Stubblefield. She was preceded in death by her beloved husband and best friend, Jay (“Jim”) Miller, and by her parents. She is survived by her loving children: Teresa Miller, and Tracey and John Dombroski, of Phoenix; and Kimberly Miller of New York. Wanda grew up in Tennessee and Lansing, Michigan, where she graduated from Eastern High School in 1953.  After graduation, she worked in the accounting department of the Fisher Body automotive plant and attended Lansing Business University, where she met classmate Jim Miller in September of 1958. Wanda and Jim had their first date on October 11, 1958; they were married on March 28, 1959, in Lansing. In July 1960, Jim and Wanda settled in Los Angeles, California, and started their family. Wanda loved living in California, raising her children, holding positions in accounting departments at various companies, and enjoying time with good friends. In 1977, when Jim received a work transfer from the United States Postal Service, Wanda and Jim moved their family to Roswell, New Mexico. There, Wanda began taking classes at St. Peter Church to learn about the history of the Catholic Church; her studies led to her family’s taking Catholic religious instruction and joining the Church. Wanda said many times over the years that she and her family were meant to go to Roswell to join the Church. In the summer of 1980, Wanda and her family moved to Window Rock, Arizona, the capital of the Navajo Nation, after Jim was appointed postmaster there. For many years, Wanda was school secretary at Tse Bonito Elementary School (later renamed Chee Dodge Elementary School) in Yatahey, New Mexico, where she was assistant to two principals. Wanda enjoyed her work at the school, and was devoted, most especially, to the students, who loved and long remembered their “Mrs. Miller.” After retiring in 1993, Wanda and Jim moved to Phoenix; in 1995, they began working with Tracey and John in their company. During their “working retirement,” Wanda and Jim enjoyed spending time together and with family, and occasionally traveling.

In 1999 and 2000, Wanda and Jim spent the summer with Jim’s cousins Dick and Karen Freshney in Vestaburg, Michigan. After Jim’s sudden passing in January 2001, Wanda, now without her cherished husband physically by her side, made the trip on her own to spend the summer with the Freshneys, which she continued to do through the summer of 2009.

Wanda loved to travel and had memorable adventures with family and friends in the Black Hills of South Dakota; Hawaii; New Orleans; New York City; Salem, Massachusetts; San Francisco; Washington D.C.; and England, Italy, and Mexico. She had many hobbies and interests, including cooking, painting, writing, resin and ceramic arts, scrapbooking, politics, history, and genealogy. Charitable causes that Wanda supported for many years were St. Jude Children’s Research Hospital and Shriners Hospitals for Children. Wanda was intelligent and charming, a cheerful early-riser who greeted the day with her “glass always half-full.” She had a loving marriage and raised three children with Jim, worked hard at various jobs for 60-plus years, and faced life’s challenges head-on — all with optimism, faith, strength, and good humor. Her daughters are grateful to have heard their mother say many times over the years that she had “lived a good life.” A memorial service for Wanda will be held at 10:00 a.m. on Wednesday, September 14, 2022, at Whitney & Murphy Funeral Home, 4800 E. Indian School Rd., Phoenix. The family asks that, in lieu of flowers, donations be made in Wanda’s memory to St. Jude Children’s Research Hospital (https://www.stjude.org/) or Shriners Hospitals for Children(https://www.shrinerschildrens.org/).

Offer Hugs From Home Condolence for the family of MILLER, WANDA SUE