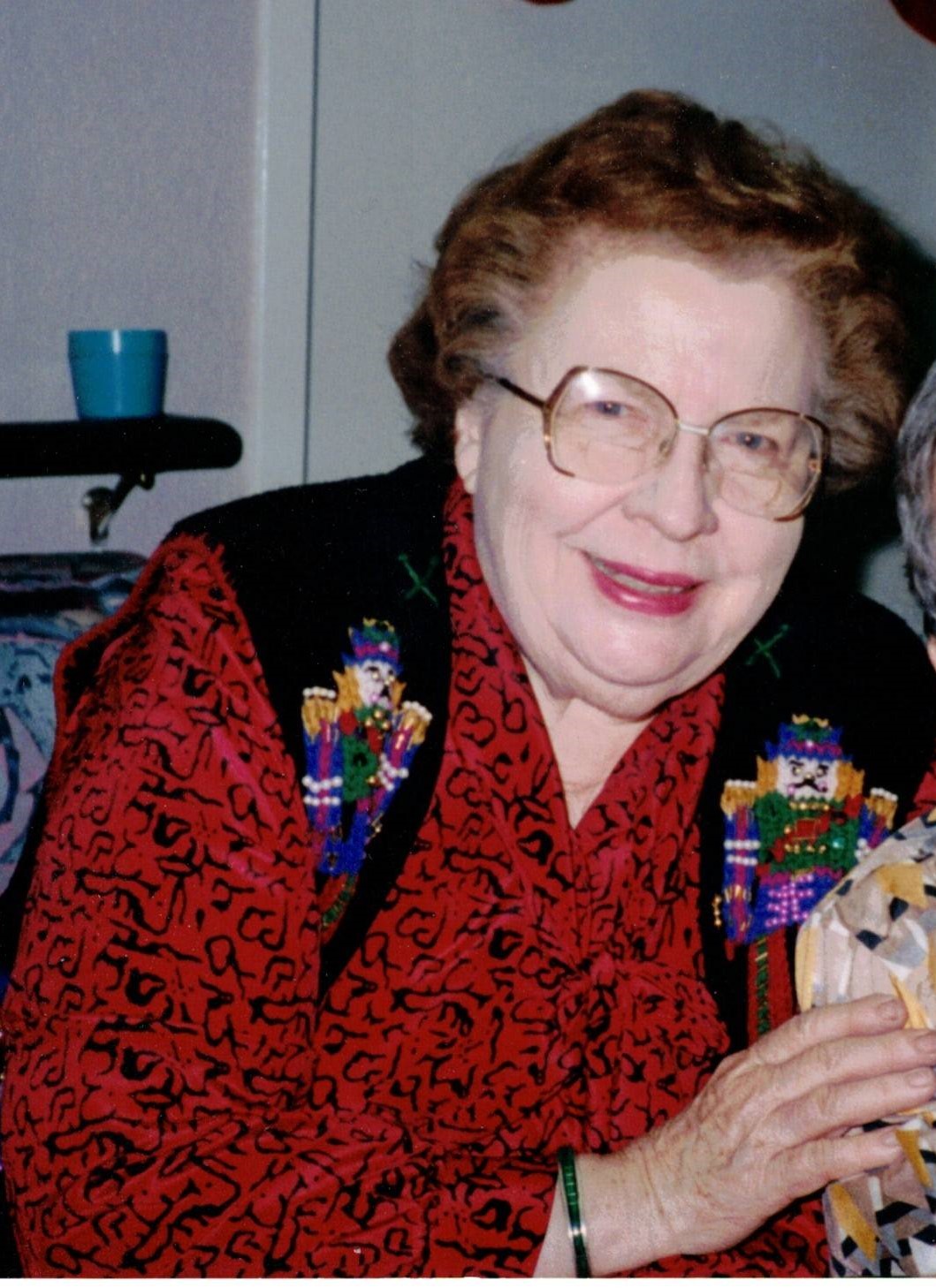 Anna Deane Millett passed away peacefully at her home September 20, 2019 surrounded by family and friends. Born September 30, 1922, she was just 10 days short of her 97th birthday. Her parents Donald Clyde and Carlotta Hayes Pace, were both descendants of early Mormon pioneers who had been sent south from Utah by Brigham Young to colonize northern AZ. Anna Deane was born in Safford. She loved riding horses and taking trips around the state with her dad who owned a hardware store and made a living salvaging and selling construction materials. Her grandfather, W.W. Pace, served in the territorial legislature when AZ became a state. She was a graduate of Stephens College in Missouri and USC in Los Angeles. She also completed a master’s degree in Sociology from ASU. While she was in LA, she met Max Millett at church. He was also from AZ and had graduated from USC in accounting and was working as a CPA for the company that built the Pan American Highway. They married and soon after returned to AZ. Anna Deane got a job with the Maricopa County Child Welfare Department. She also did substitute teaching in the public schools. Later she got her real estate license, and eventually became a broker, so she could help Max as he developed the Mesa farm he grew up on. Max and Anna Deane were happily married for 55 yrs. and were blessed with 3 children. Both were lifelong members of the Church of Jesus Christ of Latter-Day Saints and both accepted many callings and responsibilities at church during their lifetime together. Anna Deane also served on the Board of Friends of Family Service which raised funds for Family Service Agency. She loved children and served on the Board for the Phx Youth Symphony for many years. She also served on the Board for the AZ Historical Society and joined the Historical League to help raise funds for the museum. She was a compassionate, caring person and she lived a full, happy life and will be missed by all who knew her. She is survived by her 2 daughters; Marilyn Roth and Maxanne Millett, a daughter-in-law; Deborah Loris Millett, 8 grandchildren; 22 great grandchildren; and her beloved little Shi Tzu, Princess. She was preceded in death by her husband Max Art Millett (1999) and her son Mark Pace Millett (2016). Funeral Service will be held on Monday, October 14, 2019 at 2:00 P.M. at the LDS Arcadia Ward, 4225 N. 56th St, Phoenix. In lieu of flowers, please make a donation in Anna Deane’s name to the Phx Youth Symphony, the Historical Society, the Humane Society or any charity of your choice.

Offer Hugs From Home Condolence for the family of MILLETT, ANNA DEANE