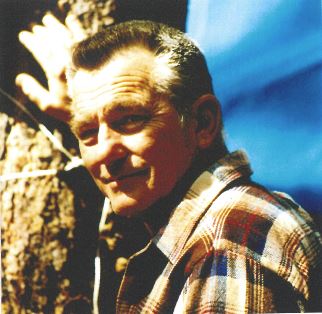 John David Mitchell “Mitch” was a Phoenix native, and the youngest of four siblings: William, George and Marilyn. He was raised by his mother Edna Mitchell, who became a single mom after his father’s death when John was 3.

John attended Creighton Elementary, Sunnyslope High School and graduated from North High School in 1957. He then joined the Air Force where he thought he was going to “see the world”. Much to his displeasure, he was sent to Yuma to run a radar instillation. His next assignment was to the Navy on San Clementi Island where he did underwater demolition until 1961. Then he enrolled at ASU, graduating with a Bachelor’s Degree in Design Engineering.

He began his career at Canon Electric, but then spent 33 years at the Garrett AiResearch, Signal, Allied-Signal and Honeywell where he worked on a variety of pneumatic and hydraulic aerospace products such as actuators, starters, and valves where he had numerous patents. Projects included Boeing Aircraft, Titan MX missile, Polaris Missile, the Concord, and the Space Shuttle. He was known for a particular expertise in cryogenic valves. He retired salaried employment at 57 to start his own consulting company, Aquasol Engineering, which specialized in off grid solar and geothermal energy.

John and his wife of 56 years, Janet Marguerite Mitchell, had three children David, Michael and Jacqueline. He was an involved parent, coaching Baseball, Indian Guides and Boy Scouts, where he inevitably ended up in leadership position because of his willingness to do whatever was needed. He was a role model to many children beside his own.

John was builder of numerous things from houses, to vehicles and tools. The night he retired, he rebuilt an engine until 4:00 A.M. Anytime someone had something to build they did not understand, they would ask John and he was eager to help. His final and grandest project was an off grid home, “The Craigend”, in the foothills of El Capitan, south of Globe, AZ, where he began with bare land without even a road or water which is now a unique working residence.

John was known for his signature flat top haircut, and his welcoming and gregarious disposition. He embraced Hispanic culture, loving authentic Mexican food. He also embraced Asian immigrants he met through work and public life. But he loved the easy going and celebratory nature of Hawaiian culture. He and Janet have been members of Phoenix’s Lau Kanaka No Hawaii for 32 years. He loved fingerstyle guitar music as well as camping and exploring Arizona where his favorite spot was Hannigan Meadows. He was also a life member of the Masons and Elks.

Offer Hugs From Home Condolence for the family of MITCHELL, JOHN D.