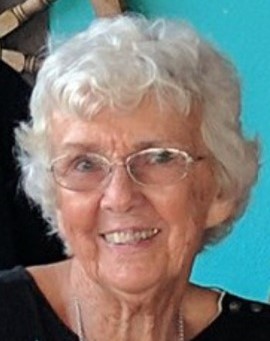 Alice Burrus Moore, 86, passed away at home in Scottsdale on Friday, April 27, 2018, after a brief illness. She is survived by her children, Laurie Lang, Lisa Wilson (Greg), Lewis B., III, and James (Angela); her sister, Sue Gans, sister-in-law, Barbara Rider, brother-in-law, William (Sarabeth) Moore, and brother-in-law, Leon Schneider; her grandchildren, Michael and Jack Wilson; Matt, Molly, and Morgan Lang; Lewis B. IV, and Macy Moore. She was predeceased by her husband of 54 years, Lewis B. Moore, Jr., her parents, and son-in-law, Jamie Lang. Alice was born on January 8, 1932, in Ashdown, Arkansas, to James (Buck) and Juliet (Orton) Burrus. Their family moved to Texarkana, Arkansas, where she graduated from Arkansas High School. She attended the University of Arkansas, where she was a member of the Delta Delta Delta Sorority. In 1953, she graduated with a degree in business and a love for the Razorbacks that she’d carry throughout her life. After working in Dallas for an oil company, she moved to Tucson to pursue a Master’s degree in teaching. There, she met her future husband, Lew, while he was attending law school at Arizona. They became avid Wildcat fans and remained members of the U of A Wildcat Club for 50 years. She taught typing at Pueblo High School in Tucson until she moved to Phoenix. Alice and Lew were married on December 21, 1957, in Phoenix, and made it their lifelong home. Alice was an active church member and a dedicated volunteer who gave of her time to many organizations, including Florence Crittenton Services, and countless hours spent supporting St. Theresa’s School, Brophy Mothers’ Guild, and Xavier Mothers’ Guild. She will be truly missed by her family, including fifteen nieces and nephews of whom she was very fond, and by many dear friends, including the “mermaids” at the Villa Monterrey pool. Until the end of her life, Alice still reunited with some of her high school classmates each year for lunch at the Texarkana Country Club, and with her Arkansas Tri-Delta sisters as well. She was the mom, friend, and aunt who always kept in touch with friends and relatives and brought people together, whether organizing family reunions, class reunions, Wildcat tailgates, or texting from her beach chair on Mission Beach. Her legendary annual Christmas Eve party celebrated family and those who had become family. “Baby Alice” put her family, her teams, and her animals first, but she was always the last to leave the party. Lew always said she danced every dance. A Funeral Mass will be offered at 10:30 A.M. on Saturday, May 5, 2018, at Our Lady of Perpetual Help Catholic Church, 7655 E. Main Street, Scottsdale, with Interment immediately following at St. Francis Catholic Cemetery. In lieu of flowers, donations may be made to Florence Crittenton Services, 715 W. Mariposa St., Phoenix, AZ 85013, St. Vincent de Paul Society, 2312 E. Campbell Avenue, Phoenix 85016 or to The Christ Child Society of Phoenix, 4633 N. 54th Street, Phoenix, AZ 85018. Arrangements entrusted to Whitney & Murphy Funeral Home.

Offer Hugs From Home Condolence for the family of MOORE, ALICE BURRUS