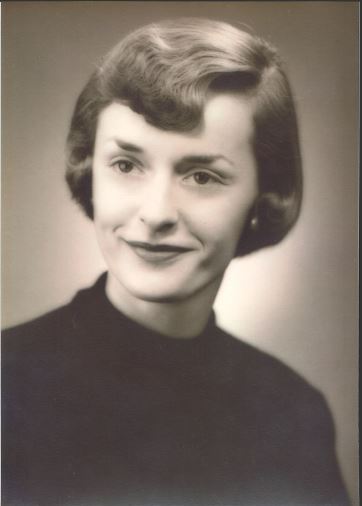 Elenore Ella Moore, 87, passed away on April 29, 2020 in Phoenix, AZ. Born at home on June 26, 1932 in Maplewood, New Jersey to her parents, Hilda and Walter Kiesewetter, she grew up in Ferndale, Michigan (a Detroit suburb). Ellie’s father died when she was 16, and as the oldest of 3 girls, she helped the family by working at the famous Sanders Ice Cream Shop. She graduated from Lincoln High School in Ferndale in 1950 and was the Secretary of her Senior Class.

Following graduation, Ellie went to work as a secretary for a muffler-tail pipe manufacturing company (ROW). She met her future husband, Tom at a New Year’s Eve party while he was a sophomore at the University of Notre Dame. They were married on September 1, 1956 at Duns Scotus Church in Oak Park, Michigan. Following Tom’s graduation from Medical School at Wayne State University (Detroit) they spent 1 year in South Bend, Indiana for Tom’s Internship and then moved to Miami, AZ where Tom started his Medical career in Family Practice. After 5 years in Miami and 2 more years in Phoenix, the family moved back to the Detroit area for 4 years for Tom’s Residency and Fellowship in Ophthalmology.

In August 1971 they returned to Phoenix and have lived there ever since. Elenore was an excellent and skilled seamstress, knitter and quilter. She had an “eye” for home decorating and improvement, inspiring others with her style. She loved music of all kinds from Madame Butterfly to contemporary country and had an amazing singing voice. She enjoyed travel and discovered her living family relatives in a small town in East Germany after the fall of the Berlin Wall. A very social person, she enjoyed her biweekly “Lunch Bunch”, with personal friends for many years, as well as annual reunion trips with her dear high school classmates. She was a wonderful wife and loving mother and grandmother.

In addition to her husband, Tom, Ellie is survived by her 4 children (all graduates of the University of Notre Dame); Mary Ann Topping (Alex), Mitchell, Maureen Over (Tom), and Melinda Han (Layton). She is also survived by 9 grandchildren; Alyssa, Turner and Merrick Topping, Grantland and Griffin Over, and Kylie, Malorie, Dylan and Quintan Han, as well as her youngest sister; Trudy Kiesewetter.

In recent years, Elenore volunteered for the local Alzheimer’s Association and the Assistance League of Phoenix, as well as hand knitting caps and blankets for newborns. She was officially diagnosed with Alzheimer’s in July of 2016. However, she continued helping others by making and tying over 300 fleece blankets to donate to various non-profits over the past couple of years.

In lieu of flowers, donations can be made to Andre House (feeds and serves the homeless in Phoenix) at P.O. Box 2014, Phoenix, AZ, 85001-2014 or jminich@andrehouse.org

A Celebration of Life will be planned at a later date. 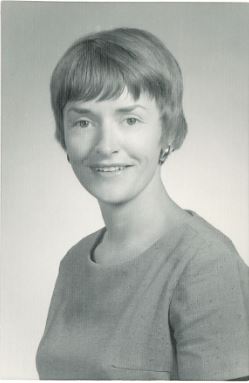 Offer Hugs From Home Condolence for the family of MOORE, ELENORE ELLA