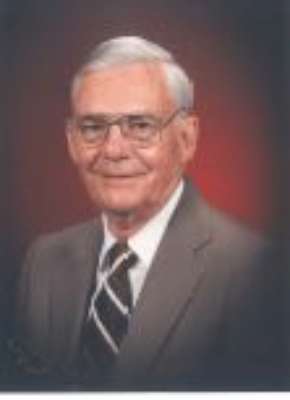 born September 11, 1925, passed away on Monday, October 26, 2015. He was a native Phoenician born to Harold P. and Dorothea W. Moore. He attended North High School and New Mexico Military Institute. He has been a Sigma Chi for 70 years which began when he attended U of A and ASU. He served in the US Army in World War II, “The Big War” in theatres in France and the Philippines. He married Julia Ann Threlkeld on November 4, 1944. Starting his career as a teacher and completing it as a school administrator in the Madison School District for almost 40 years. Tom was a member of the Phoenix Riding Club, Governors Mexico Arizona Commission and American Legion. He leaves behind 2 children, Mike (Michelle) and Julie, 2 grandchildren, Maranda (Al) and Melissa, and 2 great-grandchildren, Rebecca and Danielle. Visitation will be held from 4:00 – 6:00 P.M. Monday, November 2, 2015 at Whitney & Murphy Funeral Home, 4800 E. Indian School Rd. Services will be held at 11:00 A.M. Tuesday, November 3, 2015 at Christ Church of the Ascension, 4015 E. Lincoln Dr., Paradise Valley. In lieu of flowers, the family suggests donations to the Alzheimers Foundation, 901 E. Willetta, Phoenix, AZ 85006 or the American Lung Association, 102 W. McDowell Rd., Phoenix, AZ 85003.

Offer Hugs From Home Condolence for the family of MOORE, THOMAS WILBER