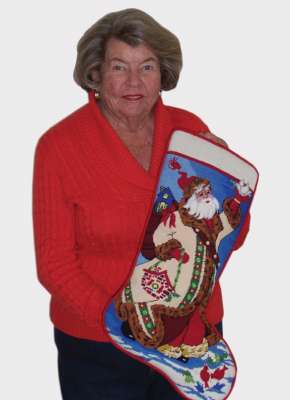 Ginger was the quintessential only child born to Wynema Posey and Thomas Burnett Blaine on June 26, 1929 in Jackson, Tennessee, and the grand child of Alexander Lawrence Posey; Muscogee Creek Poet Laureate of Oklahoma.  The family arrived in Phoenix on July 1, 1930, thus debunking mother’s claim of being an Arizona native, and validating her complaint of “being hot ever since”!

Her father’s job as auditor of the State Tax Commission and her mother’s position as secretary of the Soil Conversation Service took them from Phoenix, to Safford, where she said she “learned about Mormons” to Tucson and back to Phoenix. In Tucson she attended Sam Hughes and made her stage debut at the Temple of Music and Art in 1940, finishing grade school in Phoenix at Madison #1. She graduated from North High in 1947, attended Phoenix College as a member of Kappa Delta Nu, spent one year at the U of A, as a Delta Gamma, and graduated from Arizona State College [ASU], with a B of A in Education in 1951.  She was thrilled to finish school in Tempe, putting her in closer proximity to the love of her life, the son of a local mortician, A. Lee Moore, Jr.

On June 9, 1951 they were married at Trinity Cathedral, attended by their best friends from throughout their school years.  Ginger went from being afraid to pick up the telephone to call a repairman, to chairing the Boards of her favorite Valley charitable organizations. As a member of the Jr. League of Phoenix, she held many positions, starred as “Trixie” in the Follies, and served as chair of the Annual Rummage Sale 3 years in a row!  As an advisor to the Delta Gamma Sorority at ASU, she was influential in founding the Foundation for Blind Children; it was on these evenings that Dad made us grilled Spam and cheese sandwiches!

Ginger was a member of The Phoenix Art Museum League, Visiting Nurse Service Auxiliary, Good Sam Hospital Auxiliary, and an over 40 year member and Past Chair and Treasurer of the Barrow Neurological Foundation Women’s Board, Charter Government Selection Committee, Maricopa County Hospital Board, Special Events Committee of the American Cancer Society, Past Chairman and over 40 year member of The Board of Visitors.

When she wasn’t organizing the North High Class of 1947 Reunions, playing tennis at the Marshall’s, herding livestock on 15th Avenue, needle pointing stunning Christmas stockings, getting us ready to attend Friendly Pines Camp, making the best Texas sheet cake, baking a potato casserole, referred to as “those blankety-blank potatoes”, by Doc Jones, Crowder and Al, served almost as often as Uncle Ben’s Wild Rice, waiting for the UPS man to make a delivery to the Giddy Up Ranch, , traveling with Al and Tres to rodeos, and National Selected Mortician conventions, she was my Brownie Troop leader!

Then she took up golf!  The WGA became a big part of her days and fostered the “Annual Egg Nog Open.”

She loved to travel with Dad and friends, often in Dad’s plane, which she took lessons to learn to land, in case of the “Big One”, to Mexico and commercially all over the globe. As a couple they enjoyedThe Mountain Club, Iron Springs, Villa Vacanze at Mission Beach, the Giddy Up Ranch, and finally the Pine Top cabin.  Together they were members of the Valley Field Riding and Polo Club, Phoenix Country Club, Arizona Club, Los Caballeros Golf Club, White Mountain Country Club and the Paradise Valley Country Club.

We wish to thank the PVCC Staff, who we feel she may have loved more than us, in particular, “Super” Dave Salmon, for the extra attention always lavished on “Yin Yer”. We are grateful for the housekeeping skills of Rita Bundy, the handyman skills of Doug Daniel, Del and Susie for weekly hair and mani appointments, La Siena Senior Retirement Community, the tender care of Ryan House Hospice of the Valley, Paradise Valley Living Center and Mary Jo Beardsley

She is survived by her now, exhausted, daughter Posey and son-in-law, John Nash, her son, who still walks on water, Albert Lee “Tres” Moore III and daughter-in-law Sharon, their daughters and grandchildren, her nieces and nephew on Coronado Island,  her Arkansas cousins, and her God children Linda Perry Boeing, Christine Marshall Turner and Matthew Miller.

Visitation will be held Friday, August 29, 2014 from 3:00 to 6:00pm at Whitney & Murphy Funeral Home, 4800 E. Indian School Road, Phoenix, AZ.  The following day she will be placed next to our Dad, in a Private Service at the Departure Lounge in the Mausoleum at  Paradise Memorial Gardens 9300 E. Shea Blvd. Scottsdale, AZ.

“Yes, Virginia, there really is a Santa Claus”

Offer Hugs From Home Condolence for the family of MOORE, VIRGINIA “GINGER” BLAINE