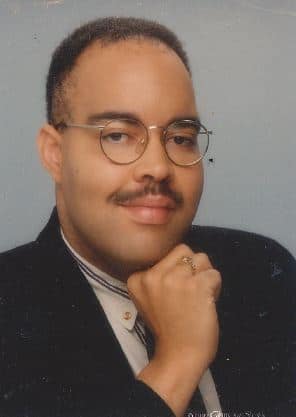 Donald Wayne Morehead was born on February 12, 1964, in Nashville, Tennessee to Everett and Margie Helen Morehead. Donald passed away peacefully in Scottsdale, Arizona on April 7, 2021. He grew up in East Nashville and graduated from East High School and was his graduating class president. Donald went on to graduate with a bachelor’s degree in Bible Studies from David Lipscomb University. Throughout his life, he was involved with youth, family ministries, and many social and community groups. He was also a past governor in Civitan.
Donald moved to Farmington, New Mexico to work as a youth minister. This is where he met and married his wife of 30 years, FeLisa Marie Strayhand Morehead. They did not have any children, but through their work together as youth ministers, house parents, and chaplin, they helped to raise many children over the years, and they are all very special to them.
Donald is preceded in death by his parents Everett and Margie Helen Morehead and father-in-law, Marshall Strayhand and he is survived by his wife, FeLisa Morehead; one sister, Bonita Blair of Nashville, TN; one brother, Ricky Morehead (Patricia) of Nashville, TN; mother-in-law, Betty Strayhand of Farmington, NM; brothers-in-law, Michael Strayhand (Gale) of Farmington, NM and Ronald Strayhand of Indianapolis, IN; and sister-in-law, Charlette Strayhand Carrasco of Albuquerque, NM. Many nieces: Tiffany (Antonio), Shada, Lakia, Lexus, Isabella, Katherine, Olyvia, Abigail, Elizabeth, Victoria, Safiya, and one nephew; Josiah. Also, two great-nieces, Kelsey and Serenity, and one great-nephew, Anthony, and many church family members and friends who loved him.
Donald had an amazing sense of humor and would light up a room whenever he was present. His warm smile, laughter, and wonderful singing voice will be missed. Donald’s zest for life will always be a cherished memory in our hearts forever.
Visitation: Saturday, April 17, 2021, 9AM – 1PM
Celebration of Life Service: Saturday, April 17, 2021, 1PM – 2PM Pacific Time (Live Streaming) https://www.facebook.com/WhitneyMurphyFH/live/

Please wear face masks to the services.
Condolences may be expressed at www.whitneymurphyfuneralhome.com

Offer Hugs From Home Condolence for the family of MOREHEAD, DONALD W.