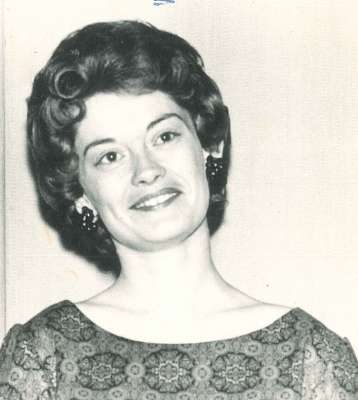 of Cottonwood, AZ, left to meet Jesus on October 22, 2015, while surrounded by family in Phoenix. Shirley was born on May 15, 1936 in Sunnyside, WA to Helen Baldwin Stephens and Edward Herman Stephens. She attended Sunnyside High School. In 1952 she married her husband of nearly 64 years with whom she had 4 children. While living in Richland, WA she attended Columbia Basin College in Pasco. Shirley was also an active member of the Richland Lite Opera Co. She made costumes for and appeared in many musical theater productions, eventually landing the starring role as “Sarah” in “Guys and Dolls”. In 1963 she and her family relocated to Phoenix where she worked for APIPA. She later resided in Munds Park, then Cottonwood. Shirley Morgan is survived by her husband, William (Bill) T. Morgan, sisters Patty Stephens, Cindy Maestas and Roy, Connie Rodriguez, brothers Gary Stephens and Bea, Ed Stephens and Glenda, children Vickie Mountz and Mark, Kathryn Putman and Bill, Laura Ritchie and Ronald Morgan. She has eleven grandchildren and four great-grandchildren with one more on the way. Shirley was a kind and protective soul who adored her family and pets. She provided endless care and encouragement to everyone, always putting others ahead of herself. She enjoyed going on fishing trips with her family, cruises and playing card games; Canasta in particular. Most of all she loved to laugh. Her family would like to thank the medical personnel and clergy in Cottonwood and University Banner Hospital who helped make her final days as pleasant and comfortable as possible. Funeral Service will take place at 11:00 AM, Friday, October 30, 2015 at Whitney & Murphy Funeral Home, 4800 E. Indian School Road, Phoenix, AZ. Her final resting place will be in the Sunnyside Cemetery in Sunnyside, WA.

Offer Hugs From Home Condolence for the family of MORGAN, SHIRLEY MAE STEVENS