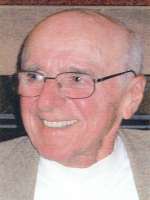 Don was born in Eatonville, WA to Libra and Albert Mori. He was an enterprising young lad even before his teens, always looking for a job and a way to earn money. Upon graduation from Eatonville High School in 1944, Don went into the Marine Corp and was in active duty until 1946. After the service, Don joined his parents in Phoenix, AZ and started his vocation in the terrazzo business. He worked for a couple different terrazzo companies in Phoenix until starting his own company – Advance Terrazzo in 1957. Don was a very successful terrazzo contractor, having installed his work in almost every school in the State of Arizona, several area churches, the State Capital Building and numerous sites outside of Arizona plus Hawaii. He was well respected and admired in his field of expertise.

Don is preceded in death by his first wife Louise whom he married in 1951. He leaves behind his wife Judith of 17 years, brother Foster (Julie) nephew Chris (Denise) and godson Nicolas, niece Andrea, and niece Lidia (Bill) and son Daniel. He also leaves behind extended family and many dear friends.

A Visitation will be held at the Whitney & Murphy Funeral Home, 4800 E. Indian School Road, Phoenix, AZ 85018 from 4:00-7:00 pm, Monday, August 1st. The Funeral Mass will be Tuesday, August 2nd at 10:00 am at the Franciscan Renewal Center (The Casa), 5802 E. Lincoln Drive, Scottsdale, AZ 85253 followed by a funeral procession to St. Francis Cemetery. There will be a Memorial Reception at Phoenix Country Club, 2901 N. 7th Street, Phoenix, AZ 85014 immediately following the visit to St. Francis Cemetery.

In lieu of flowers, memorial donations may be made to White Mountain Hospice Foundation, 1789 W. Commerce Drive, Lakeside, AZ 85929.

Offer Hugs From Home Condolence for the family of MORI, DONALD LEOPOLD