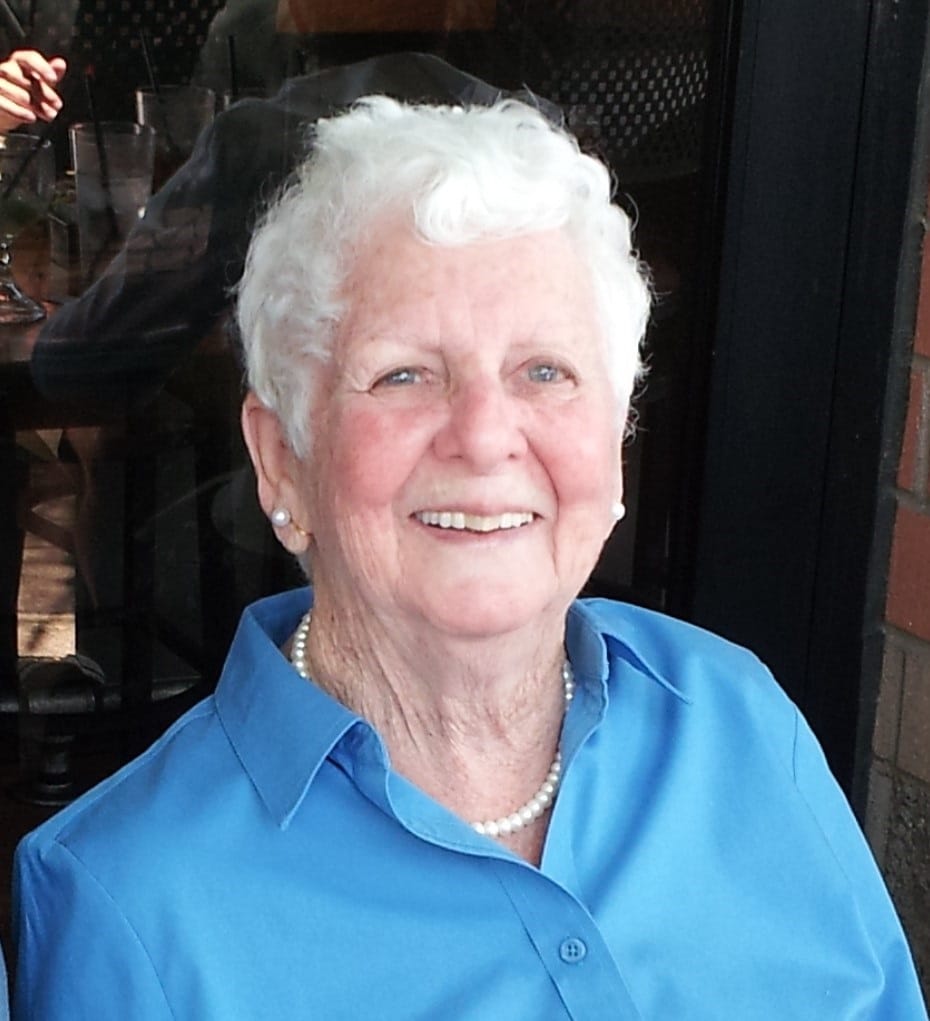 Shirley Moroney passed away peacefully in her home on October 1, 2021 surrounded by her family after a long and difficult battle with an illness.  Shirley grew up in Fort Smith, Arkansas with her parents Augustus and Mary Reba Fenwick, and her sisters Mary Frances and Jeana.  She attended St. Anne’s Academy where she served as class president.  She was an excellent student who excelled in her studies and had a promising future in college, but her plans were dramatically altered when she was swept off her feet by a handsome young infantry soldier she met on a blind date in the middle of December 1950, at the tender age of 19.

This handsome soldier was Bill Moroney, and with a storyline fit for a romance novel, Shirley and Bill married on December 30, 1950, shortly before Bill was sent to valiantly serve his country in the Korean War.  Seventy years and 7 adult children later, their bond of marriage remains as strong as ever.

After fulfilling military service requirements, Shirley and Bill finally settled in Phoenix in 1954.  As a devoted wife and mother, Shirley tirelessly spent time with her kids’ school and extracurricular activities in PTA, 4-H, Camp Fire Girls, Little League, AAU track, Pop Warner, birthday parties, trips to the Phoenix zoo, as a homeroom mother and many others.  As a devout Catholic, Shirley regularly attended Mass with her family and later served as a Eucharistic Minister at Most Holy Trinity parish.  Shirley was very proud of her community and in showing support, was a member of the Camelback Kiwaniannes and routinely volunteered her time with local back to school clothing drives.  She always went out of her way to be kind and help others in need.

With a true gift of making friends, an acute judge of character, and a sweet southern accent, Shirley’s favorite activity away from her kids was playing golf where she met many of her life-long friends.  As Bill would say, “she’s gregarious with a wonderful gift of gab!”  She regularly could be seen on long morning walks on the bridal path along Central Ave, with friends fortunate to be sharing her wit and laughter.  Shirley always found time to spend with her true love, Bill, by regularly taking trips to Francisco Grande Resort in Casa Grande, Flagstaff, Santa Fe, and Battlement Mesa, Colorado to name a few.  The two were fortunate to be able to travel to Ireland and England, Italy as well as Switzerland shortly before the darkness of dementia set in.

Due to the pandemic in an effort to keep everyone safe, a family-only memorial service will be held at Most Holy Trinity Catholic Church on Friday, October 15, 2021.

Offer Hugs From Home Condolence for the family of MORONEY, SHIRLEY ANN