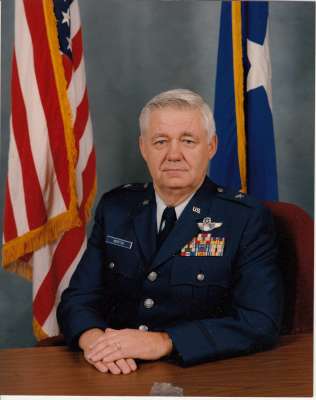 Brigadier General Fred L. Morton (Arizona Air National Guard retired), passed away on January 11, 2016. He spent a total of 35 years in the Air Force, 7 years on active duty and the remainder as a member of the Arkansas and Arizona Air National Guards. He flew the KC-135 Tanker his entire career. Simultaneously, Mr. Morton flew for Continental Airlines for 30 years. He retired as a DC-10 Captain in 2001. Fred was born to Thomas L. Morton and Naoma G. Morton on June 18, 1940 in Toppenish, Washington. He grew up in Albany, Oregon and graduated from the University of Oregon in Eugene. The rest of his life was spent balancing two flying jobs and traveling the world. He liked to play golf and tennis in his limited spare time. He served in Vietnam and the first Gulf War. Fred is survived by his wife of 51 years, Donna, sister-in-law Paula Berg and spouse James Berg of La Veta, CO, brother-in-law Timothy Farney and spouse Patricia Sandoval of Litchfield Park, brother-in-law James Farney and spouse Teri Farney of Marana, as well as 8 nieces and nephews and his beloved dog, Ana.  Services will be private and cremation will take place. Memorial contributions may be made to Banner Alzheimer’s Institute, 901 E. Willetta St., Phoenix, AZ 85006 or the Alzheimer’s Association, P.O. Box 96011, Washington, DC 20090-6011 in lieu of flowers. Arrangements entrusted to Whitney & Murphy Funera

Offer Hugs From Home Condolence for the family of MORTON, FRED LAROY