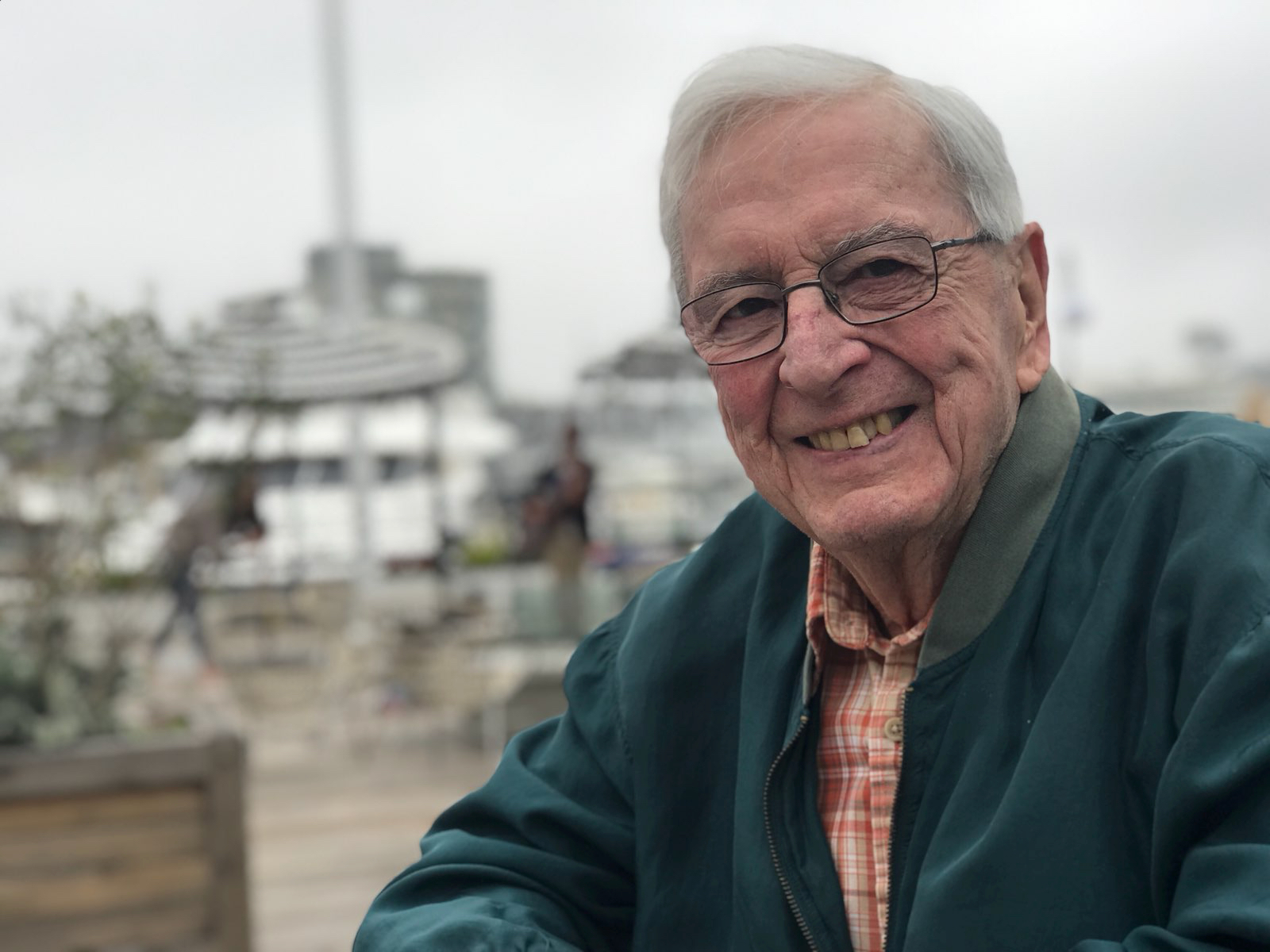 Stuart Alan Mossman, 88, of Phoenix, Arizona and formerly of Hampstead and Charlotte, North Carolina, died on Thursday, April 16, 2020 at Morningstar Senior Living Community. Stuart was preceded in death by his wife, Alyn Thayer Cravens who died in 2004. Stuart is survived by his eldest daughter Joanna in Nottingham, England, his younger daughter Dana and son-in-law Steven Tepper in Phoenix, Arizona, his son Guy and daughter-in-law Lisa Hepner in Los Angeles, California, his three beloved grandchildren Sally Landon and Sam Tepper, and Jack Mossman, as well as three special nieces and nephews & eleven great nieces & nephews in Europe.

Stuart was born in Chandlers Ford, Hampshire in England, grew up in Hythe, Kent, and graduated from Imperial College, London with a degree in Mechanical Engineering. He served in The Royal Navy, part of the amphibious warfare squadron, where he developed his love of scuba diving and had the dangerous job of diffusing underwater mines leftover from WWII. Stuart worked all over the world as an engineer before moving into management consulting and settling in Charlotte, North Carolina with his wife Alyn and two younger children Dana and Guy. He and Alyn loved the beach and the waterfront and made their home in Hampstead, North Carolina after their children were grown.

Stuart was a passionate downhill skier, sailor, and traveler. He skied the Alps, the Dolomites, and all over the Western U.S. well into his 80th year. An early member of the Lake Norman Yacht Club, he raced in regattas on freshwater lakes in the Southeast U.S. and sailed across the Atlantic Ocean from Beaufort, North Carolina to Bermuda. He travelled the world for work and recreation, eventually taking his trawler up and down the Atlantic Coast through the Caribbean, Central and South America and the Intercoastal Waterways up through the Northeast U.S. into Canada and down into the Great Lakes and Mississippi and Ohio rivers. Stuart will be remembered for his wicked sense of humor, fast cars, love of single malt scotch on 2 pieces of ice, and near instant recall of song lyrics and bawdy limericks from his childhood.

A memorial and burial service will be held in Charlotte, North Carolina once the Covid-19 pandemic subsides and travel and gathering becomes safe again. In lieu of flowers, the family requests that donations be made to Hospice of the Valley https://hov.org/donate/ and the Alzheimer’s Association https://www.alz.org/.

Offer Hugs From Home Condolence for the family of MOSSMAN, STUART ALAN