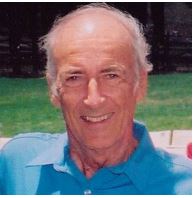 Donald Eugene Mowrer, age 88, died peacefully in his sleep on January 23rd, 2018 in Phoenix, AZ. Born in 1929 to Ralph and Pearl Mowrer in Wooster, Ohio. He grew up on a family farm in rural Ohio along with his brother Richard Mowrer. He was interested in theater and dance in high school, and was a member of the local church choir. After graduating from Wooster College, he attended Florida State University where he received a Master’s Degree Speech Pathology. It was there he also met the girl of his dreams, Yvette Monnet, who was also studying at FSU as an exchange student from France. They married in the summer of 1953 after Don graduated from FSU. After spending a couple of years in Wooster and a year in Moultrie, Georgia, they finally settled in their home in Phoenix, AZ. Don received a PhD in Education at Arizona State University and he was later employed as Associate Professor of Speech Pathology at ASU, where he became known as an expert in his field, authoring a number of books and journal articles in the field of speech therapy and speech disorders. Upon retirement he and Yvette travelled the globe visiting foreign countries and spent the winter months in their trailer parked on the beach in Mazatlán, Mexico. Don is survived by his five children and seven grandchildren. He was a devoted father who enjoyed taking his children on trips to Europe and to visit the National Parks in the western US. His hobbies included fixing bicycles, motorcycles, and cars, building and flying model airplanes, and drawing and painting. He will be remembered for his sense of humor, his curiosity about the world around him and human behavior, and his kindness and generosity towards others. Funeral services will be at Whitney & Murphy Funeral Home, 4800 E. Indian School Road, Phoenix, on Saturday, January 27th, at 2:00 P.M. with burial to follow at St. Francis Catholic Cemetery.

Offer Hugs From Home Condolence for the family of MOWRER, DONALD EUGENE