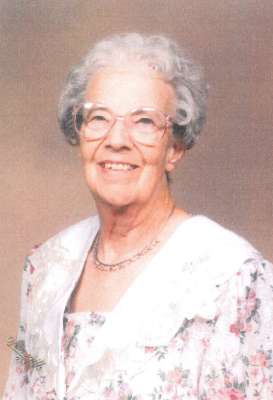 Longtime Arizona resident, Louise A. Mudd, died peacefully Monday, the 27th of March, 2017 at Gardiner Home Hospice in Phoenix. She was 91. Born on March 14, 1926 to William and Bertha Schwarzer in Louisville, Kentucky, Louise graduated nursing school in 1947 from Sts. Mary and Elizabeth Hospital in Louisville. She was a member of the Sisters of Charity of Nazareth, but left to serve the church in other ways. She moved to Scottsdale with her husband and family in 1967 to enjoy the warm climate. Louise raised 6 children, and helped bring thousands of others (including many of her grandchildren) into the world thanks to her 40-year career as an OB nurse at St. Joseph’s Infirmary in Louisville and Maricopa Medical Center in Phoenix. Louise retired from nursing in 1987 and, until later in life, she was an active member of her Catholic communities: St. Daniel’s Church in Scottsdale and St. Thomas the Apostle in Phoenix. Throughout her life, Louise graced the world with her generosity, kindness, selflessness and incredible patience. She loved crocheting, reading, watching TV mysteries and spending time with her family. Louise was preceded in death by her husband, Joseph, her daughter, Rebecca Stumbo, her son, Paul and grandson Paul Jr, her brother JD Schwarzer and her sister, Rita Ballard. She is survived by her sister, Dorothy “Dottie” Steinlage, daughters Patricia Andrews and Bernadette Mann, sons Carl and John, her twelve grandchildren and ten great-grandchildren. Since she was always there for us in life, it will be hard to imagine life without Louise, our mother, grandmother and great-grandmother. She will be missed immensely, but we take solace that she has been reunited with her loved ones who passed before her. Visitation will be held from 5:00 – 8:00 P.M. with a Rosary at 7:00 P.M. on Thursday April 6th, 2017 at Whitney & Murphy Funeral Home, 4800 E. Indian School Road in Phoenix. A Funeral Mass will be celebrated at St. Thomas the Apostle Catholic Church on Friday, April 7th at 10:30 A.M., 2312 E. Campbell Avenue, Phoenix. Interment will follow at St. Francis Catholic Cemetery, 2033 N. 48th Street, Phx. In lieu of flowers, please make donations to Gardiner Home Hospice of the Valley where she spent her last days. Their care and thoughtfulness for our mother made this painful time we spent with them very special. https://www.hov.org

Offer Hugs From Home Condolence for the family of MUDD, LOUISE ANTOINETTE