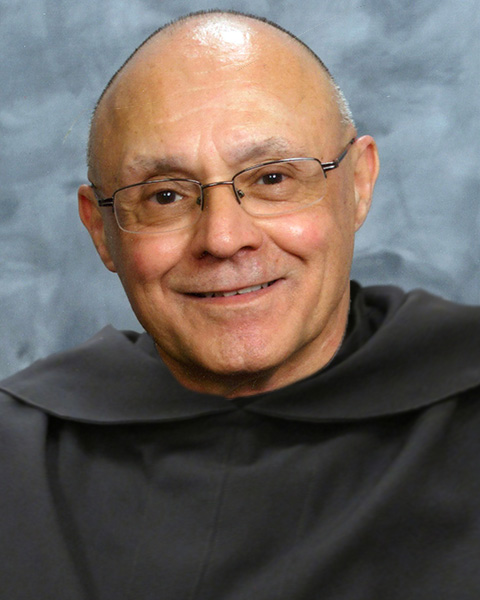 Private services will be held for Reverend Mueller at a later date.

James was born to (the late) Henry F. Mueller and (the late) Veronica C. (Gorski) Mueller on March 24, 1944, in Buffalo, New York. His given name at baptism was James Henry. He is survived by his sister Nancy Whelehan of Concord, NH.

James studied at St. John Vianney Seminary, East Aurora, NY, and was awarded simultaneous BA in philosophy and M. Div. in theology in 1969. He continued at St. John Vianney Seminary to receive a M.A. in theology in 1972 and then a D. Min. from Fuller Theological Seminary, Pasedena, CA, in 1991. Having been ordained to the priesthood on May 24, 1969. He later joined the Carmelite Order, making his profession of first vows with the Carmelites in 1982 and taking his solemn vows with the Carmelites in 1985.

Father Mueller’s first assignments were as a Diocesan Priest, campus minster and teacher at Villa Maria College, and Parish Priest in the Diocese of Buffalo, Buffalo, NY, from 1969 to 1981. After a year in Carmelite Formation in Middletown, NY, he began serving his first Carmelite ministries as Associate Pastor and Local Vocation Director at St. Anastasia Parish, Teaneck, NJ. He then served three years as Associate Pastor and Local Vocation Director at St. Jane Frances de Chantal Parish, North Hollywood, CA, and then two years at the Aylesford Spiritual Center Retreat House Darien, IL. Moving to Phoenix, AZ, he served in Adult Education at Kino Institute for one year before being named the Director of Kino Institute, 1989 to 1994. Father then served seven years as Parochial Vicar, first at St. Raphael Parish, Glendale, AZ, for six years and then at St. Joseph Parish, Bogota, NJ, for one year. He then served two years as Chaplain for Carmelite Nuns at Carmel of Our Lady of Grace, Christoval, TX, one year as Parochial Vicar at Our Lady of Mount Carmel Parish, Fairfield, CA, three years at Mount Carmel Monastery, Niagara Falls, Ontario, Canada, and three years as Spiritual Director at St. Mary’s Seminary, Houston, TX. Father took a short sabbatical in 2010 to study at the Oblate School of Theology, San Antonio, TX. From 2011 to 2012, he served as Director of Retreats and Missions at Carmel at Mission Valley, Nokomis, FL. His final ministry was as Minister at at Therese Chapel (Shopping Center Ministry), Peabody, MA from 2012 to 2014.

May he rest in peace.

Offer Hugs From Home Condolence for the family of MUELLER, REV. JAMES