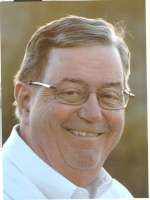 Michael V. Mulchay lost his courageous battle against brain cancer on November 12, 2011. Mike will always be remembered as a loving husband and father, an excellent and dedicated lawyer, an amateur historian, a sports fan, a loyal Wildcat, a genuine friend and a “generally nice guy”. Born in Cananea, Sonora, Mexico on April 4, 1942, Mike was the youngest son of Roland and Alice Mulchay. He was raised in Cananea and Tucson, and attended high school in Salt Lake City, Utah, earned his Bachelor’s degree from the University of Arizona where he was a member of Pi Kappa Alpha fraternity. Mike graduated fourth in his class from the University of Arizona College of Law. Mike’s legal expertise focused on real estate financings and transactions, plus agricultural financing. He was proud to have served as a Judge Pro Tempore of the Superior Court of Maricopa County. As a partner at Fennemore Craig, Mike served as the Chairman of the International Practice Group and later chaired the Real Estate Practice Group. In 2005, Mike was named the State Bar of Arizona “Member of the Year”. Mike was past President of the Valley Field Riding and Polo Club, Brophy Dads’ Club and The University of Arizona’s Phoenix Alumni Association. He served as Chairman of the Board of The Luke’s Men and later as Chairman of the Board and Treasurer of St Luke’s Health Initiative. Mike also helped to develop the Leadership Council at The Wellness Community. Mike is survived by his wife of 35 years, Ann “Kennedy”; his children Kate and husband Jamie Lawrence; Christopher and wife Abby; sister Peg Moseley; brothers, Jim and John and wife Sylvia; nieces and nephews, dear friends, associates and Norman the prize winning mule. Mike was a man who loved family gatherings, singing in church and ballroom dancing. Those who knew him will remember that twinkle in his eye that sparkled until the end.
A Funeral Mass will be held at 1:30 pm on Friday, November 18, 2011 at Brophy Chapel, 4701 N. Central Av., Phoenix, AZ. In remembrance, memorials to Brophy College Preparatory , 4701 N. Central Av., Phoenix, AZ 85012; Barrow Neurological Foundation, 350 W. Thomas Rd., Phoenix, AZ 85013; or Hospice of the Valley, 1510 E. Flower St., Phoenix, AZ 85014 in Mike’s name would be welcomed.
Arrangements by Whitney & Murphy Funeral Home and Postscripts by Posey.

Offer Hugs From Home Condolence for the family of MULCHAY, MICHAEL VINCENT