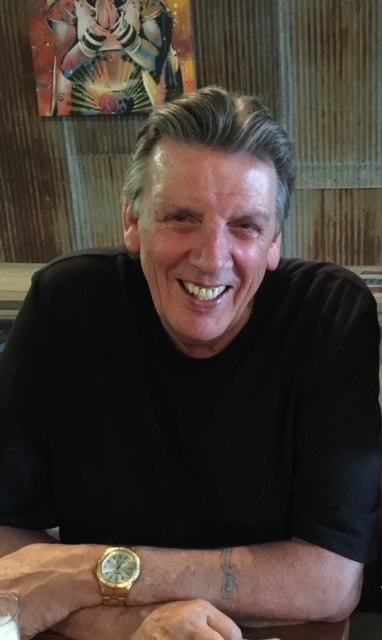 Robert Orie Mullins, age 72, of Scottsdale, Arizona, went to be with the Lord on January 26, 2022. Diagnosed with NSCLC (Non-Small Cell Lung Cancer) he was doing well with treatment, but his condition had recently declined.

Rob was truly his own man, a leader, not a follower. He did it “his way” always. He loved a challenge. He taught himself guitar at a young age, and had a wonderful singing voice and style. He could really rock out a tune and his biggest musical influence and idol was Elvis Presley. He was creative in so many other ways too: handyman, car repair, landscaping, home remodel, you name it. Rob was an accomplished Trapshooter (clay target shooting) and scored high in many competitions in Northern California in the 1980’s. One of his happy places was sitting on a sandy beach in the sun watching the Pacific Ocean in California. He was a loyal 49er football fan and loved to watch the games. He loved cars and had many over the years, including Corvettes, Trans Am Firebirds, Cadillacs and his recent 2000 Emerald Green Lincoln Towne car.

He met the love of his life, Catherine, his “Babe” in 1976. They married in 1978 and lived near the San Francisco Bay Area for 15 years and ran a large successful Vending Machine Route. After moving to Scottsdale in the 1990’s Rob opened his own Vending Machine Repair Shop and Retail Store in Phoenix, which he ran until the day he passed. Rob was a Legend in the Vending Community, always available and would go above and beyond helping customers and vendors with free technical support. Many enjoyed stopping by his office for a friendly chat. His knowledge of the industry was immense. A beloved friend and colleague to many, he will be greatly missed.

He is preceded in death by his parents, Carl Lee Mullins and Lois Mullins, his daughter, Angel Karina Mullins, his sister, Beverly Cronn, his brothers, Jerry and Larry Mullins.

Offer Hugs From Home Condolence for the family of MULLINS, ROBERT ORIE