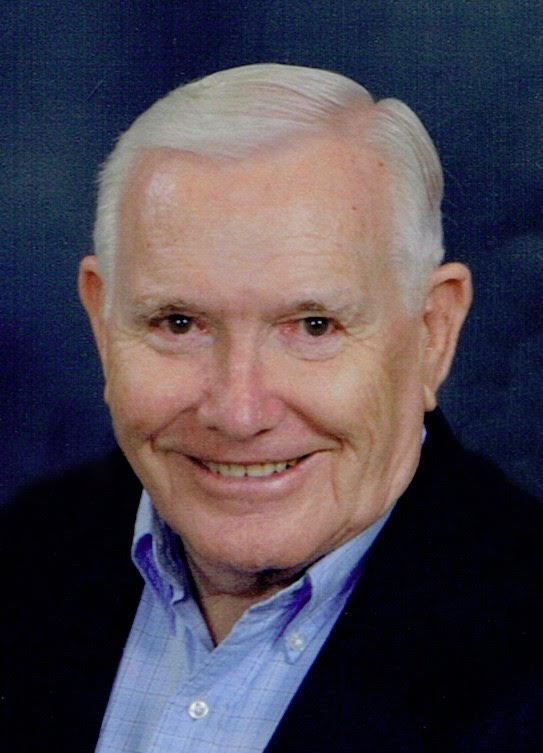 Robert “Bob” Joseph Mulvihill, 89, passed away on March 19, 2020. Bob was born in Redlands, CA on December 28, 1930, growing up on a ranch in his beloved San Timoteo Canyon, surrounded by citrus groves and a proud Irish family. Bob served in the US Air Force and was stationed in Japan until April 1955. He graduated from the University of Arizona in 1959 and took a position with the AZ Department of Economic Security when he met his future wife and love of his life, Mary Bergero. The two were married on September 5, 1960 at St. Mark’s Catholic Church in downtown Phoenix. After starting their family in Tucson, Bob was honored as a Fellow of the National Institute of Public Affairs, which brought them to the University of Chicago for a year. Happy to get back to Arizona, they raised their three children in Phoenix. Bob retired from the State in 1983 to follow his dream of owning a small business. He and Mary opened a video store in Ahwatukee, and his love of cinema and music became a full-time job. A history and geography buff, Bob loved to hike and travel with his family. He served for many years as president of the Kiwanis Club of Surprise and volunteered as a Sky Harbor Airport Navigation Ambassador. Bob is survived by Mary, his loving wife of 59 years, his daughter Anna Farrier (Paul), son Mike Mulvihill (Chrissy), son Patrick Mulvihill (Laura), granddaughters Merry Farrier-Babanovski (Ivan), Brianna Howard (Tyler), step-grandkids Devon, Tatum and Hagen Mayberry, along with many cousins, nieces, nephews and dear friends. Bob was laid to rest on March 26 at the National Memorial Cemetery of Arizona. A Celebration of Life for Bob will be held at a future date. In lieu of flowers, please consider a donation to Hospice of the Valley. Condolences may be expressed at www.whitneymurphyfuneralhome.com

Offer Hugs From Home Condolence for the family of MULVIHILL, ROBERT JOSEPH