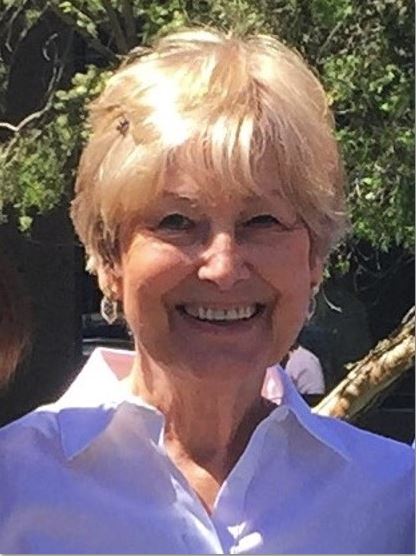 Lynda Katherine Munson (Nee’ Jones) 82, was peacefully taken into our Lord’s arms on September 16, 2022. Lynda was born in Vincennes, IN, on March 19, 1940, the youngest of five children, to Marceline and Robert Jones. Her family came by train to Phoenix, AZ in 1944, and settled in downtown Phoenix, near many families new to Arizona. Lynda graduated from Phoenix Union High School in 1957, where she met her first husband Bill Bass. They married in 1962 at St. Francis Xavier Church. They had three children: Stephanie (John), Patrick, and Kristina (George). After raising her children, Lynda returned to school and graduated from ASU in 1985 with a degree in Social Work. Nothing was more important to Lynda than her Catholic faith and her family. She has lifelong friends through the St. Francis Xavier community, the Theresians International, and in Prescott. Lynda’s greatest joy was her nine grandchildren, Katherine, Jack, Jacqueline, Lindsay, Connor, Ryan, Nina, Grant, and Greta. Lynda is also survived by her sister Jane Bertocchi (Dick), her brother David Jones (Aileen) and many nieces and nephews.

A Funeral Mass will be celebrated on Thursday, September 22, 2022 at 5:00pm at Brophy Chapel, 4701 N Central Ave., Phoenix. A reception to follow at Arizona Country Club. Condolences may be expressed at www.whitneymurphyfuneralhome.com

Offer Hugs From Home Condolence for the family of MUNSON, LYNDA KATHERINE