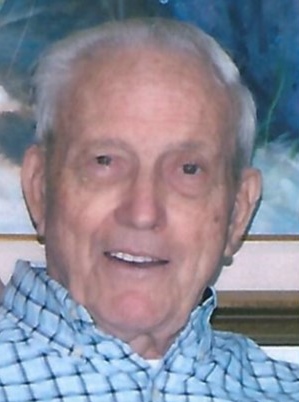 Arthur Phillip Murphy Jr, 94, was born on March 25, 1922 in Baraboo, Wisconsin to Arthur Phillip Murphy Sr. and Caecilia Thiemann Murphy. He passed away peacefully on December 25, 2016 at his home in Phoenix, Arizona. Arthur was a veteran of World War II and served in the Army Air Corps. While in Florida, he met the love of his life, Irma Ericson Murphy, to whom he would be married for almost 70 years. He attended New York University where he was President of the Engineering Honor Society, Tau Beta Pi. Together, Arthur and Irma moved to Phoenix from Long Island, New York in November of 1954, so that he could take a job as an engineer with Motorola. After retiring from Motorola early, at age 59, Arthur started his own companies; Arizona Controls and A & M Machining. He flew all over Arizona designing, creating and installing control systems. In addition to being an engineer and pilot, he was also a sailor, race car driver, golfer, hunter, fisherman, photographer, hiker, mountain climber and outdoorsman. From taking 2 man rafts down the Colorado River to hiking most every inch of the Arizona Trail and the tallest mountain peaks in the Western U.S., to teaching himself to sail, to photographing the grandeur that is Arizona and the West, to supporting the environment and loving his family. Arthur lived a full and happy life. Arthur and Irma, who preceded him in death on January of 2014, are survived by three children; Deborah Tupper (Todd), Dr. Marjorie Murphy (Bruce) and Elizabeth Murphy. Five loving grandchildren are proud to call him Grandpa; Morgan Tupper, Ashley Tupper, Reilley Van Meter (Damon), Tyler Van Meter (Travis Hodgson) and Andrew Murphy (Keighty). A Funeral Mass will be at 11:00 A.M., on Saturday, January 7, 2017 at Brophy Chapel, 4701 N. Central Avenue, Phoenix, 85012. An avid adventurer and supporter of many environmental and ecological organizations, Arthur would have been pleased to suggest that donations be made to the Grand Canyon Trust, or to the World Wildlife Fund in his name. As one of his grandchildren wrote, “To the brilliant man of keen wit and daredevil spirit: how lucky I was to call you Gramps.”

Offer Hugs From Home Condolence for the family of MURPHY, ARTHUR PHILLIP, JR.