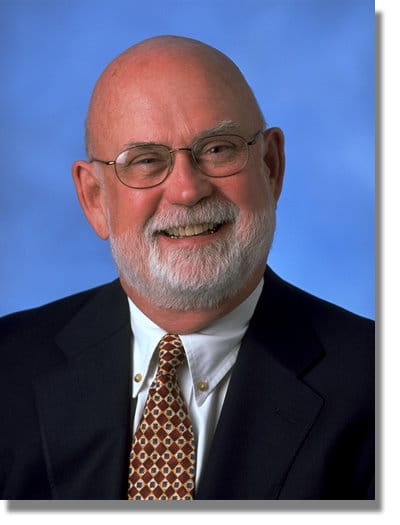 PHOENIX – MURPHY, Gerald “Gerry” William, husband of Margaret Cogan Murphy, passed away on December 2, 2020. He was born in Springfield, Massachusetts on February 28, 1936, the son of the late Ellen Kenney and William E. Murphy. A 1957 graduate of the University of Massachusetts, he served as a naval officer in the Western Pacific and Brooklyn Navy Yard. After the Navy, Gerry worked for sixteen years at the Aetna Casualty and Surety Company, first as a bond representative in the Hartford, Connecticut office, then as bond manager in Tulsa, Oklahoma and St. Louis, Missouri, rising to Surety Secretary in the Aetna home office. In 1977, Gerry joined R.B. Jones-Alexander & Alexander, a Kansas City, Missouri surety and insurance agency, as senior vice-president managing its Midwest construction group and as an expert for its operations in New York, Houston, Des Moines, and St. Louis.

Gerry always said he made the best decision of his business life when he moved to Phoenix, Arizona in 1979 to lead the western expansion of McCarthy Building Companies, opening offices in Phoenix, Newport Beach, San Francisco, and Las Vegas. For sixteen years he was president of the Southwest division, supervising operations in Arizona, Nevada, and New Mexico and overseeing its interests in Utah and the Republic of Mexico.

In 2001 Gerry became President Emeritus of McCarthy and was honored as Construction Executive of the Year by Construction Financial Management Association. Upon retirement, he formed Murphy Consulting LLC, continuing his love for the construction industry as an arbitrator, mediator, and expert witness. In 2003 Gerry acted as consultant for Arizona Sports and Tourism Authority to monitor costs and quality control in the construction of what is now State Farm Stadium for the Arizona Cardinals. Gerry loved being a builder. Among hundreds of projects, his favorites were the Phoenician Resort built by McCarthy, the football stadium where he oversaw how tax dollars were being spent, and, as chair of the volunteer building committee, construction of a new St. Francis Xavier School and parish center.
Gerry had a lifelong respect for the ability of the arts to nourish a more civilized society. Locally he chaired The Phoenix Symphony, Herberger Theater Center, Arizona Theatre Company, Arizona Commission on the Arts, and Arizonans for Cultural Development. He also served as chair of Florence Crittenton Services of Arizona and the National Surety Committee of Associated General Contractors.

It is Gerry’s wish that in lieu of flowers, donations be made to St. Francis Xavier Parish for the restoration of the iconic church and dome, or Hospice of the Valley. Burial will be privately held. Condolences may be expressed at www.whitneymurphyfuneralhome.com.

Offer Hugs From Home Condolence for the family of MURPHY, GERALD WILLIAM