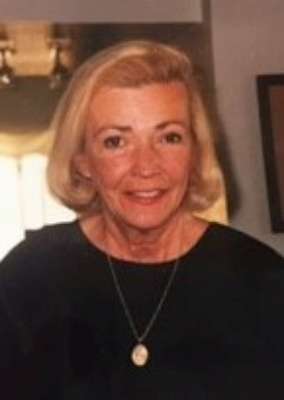 79, passed away peacefully on Monday, April 25, 2016, having been surrounded by family and friends during her final days, when she returned to the loving embrace of her Heavenly Father and adoring husband.  Renie was one of eleven children of William and Dorothy Flynn Barmettler of Omaha, Nebraska.  She attended Duschene Academy in Omaha; she was a Fred Harvey girl at the Grand Canyon, and was selected as the College World Series Queen, her outer beauty outshone only by the radiance of her inner beauty.  It was in Omaha that she met John F. Murphy, then a medical student at Creighton, and so began the love of a lifetime; the two absolutely cherished one another, and inspired everyone they met to revere the sacrament of marriage as the most sacred of vocations by their humble example.  They moved to the Arcadia area in 1969, where they raised eight children, John, Michael, Shawna Murphy Woner (Jeffrey), Kevin (Deb), Anne Wuycheck (John), Dan (Libby), David (Shauna), and Brian (Jen).  Although the mother of eight children of her own, Renie (or Lovey, as many called her) was

the surrogate mother of many, many more.  The family never knew whether to set the dinner table for 10 or 20, but always knew there would be plenty of food and friendship in the Murphy home.  Renie welcomed everyone; her love extended not only to family and friends, but to complete strangers, including refugees, whom she often welcomed into their family home.  Renie graciously volunteered in a variety of capacities at St. Theresa Catholic Church.  The Murphy home served as a sanctuary for parish priests, whether to swim in the pool; toast to the weekend; secure ideas for Sunday homilies; or debate the fine points of Catholic dogma.  While many entered as strangers, her warm and welcoming embrace made everyone feel like family.  She is survived by her 8 loving children and their much loved spouses, 21 grandchildren, 9 great-grandchildren (plus 3 on the way) and her siblings, Bill, Joe, Mike, Patsy, Jim, Denny, Danny and much loved baby sister, Ann Hug and her husband, Jerry, as well as adoring nieces, nephews and loved ones on both sides of the family. The Murphy children would like to express their most sincere gratitude to the caregivers at Sunrise of Scottsdale Assisted Living and Alzheimer’s home and Americare Hospice for the outstanding care and compassion for not only Renie, but the entire family. Please join the family in celebrating Renie’s life and legacy at a Funeral Mass on Thursday, April 28, 2016 at 3:30 PM at St. Patrick’s Catholic Church, 10815 N. 84th Street in Scottsdale, with a reception at the Woner family home immediately to follow.  In lieu of flowers, Renie would love to make a difference, so donations to The Doc and Renie Murphy Fund through the Catholic Community Foundation to benefit St. Vincent de Paul, scholarships, and other charitable pursuits, would be welcomed ccfphx.org/donate.  Mostly, she would be honored if you would simply do an act of kindness for another in her honor. Arrangements entrusted to Whitney & Murphy Funeral Home.

Offer Hugs From Home Condolence for the family of MURPHY, MARY IRENE