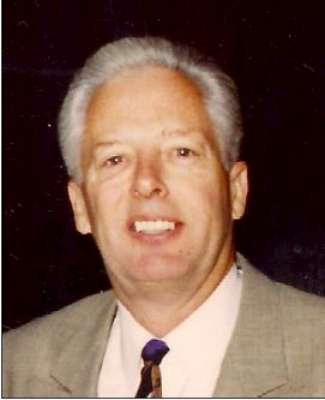 Passed away on April 19, 2017 at the age of 77, after an extended illness. Mike was born in Phoenix, Arizona to Elizabeth Murphy and John A. Murphy. He attended Madison No. 1 Elementary School, West High School, University of Arizona, and the University of Arizona School of Law – BEAR DOWN! In 1964, he married the love of his life, JoAnn Ganem.

Mike practiced law in Phoenix until his retirement. During his legal career, he developed a specialty in commercial landlord/tenant law and represented the majority of the Valley’s largest shopping center and retail commercial developers and operators. He was called upon as a speaker at various legal and real estate conferences where he was introduced as the leading commercial landlord/tenant attorney in the Southwest.

Mike was a member of Paradise Valley Country Club where he enjoyed camaraderie and competition on the golf course. He was the first regular member of Pinetop Country Club, and was honored with a special membership for his service and long time commitment to the club. He was also a member of various local service organizations and national real estate and shopping center associations. In the early years of his career Mike particularly enjoyed being a member of the Active 20-30 Club of Phoenix where he developed many long-term friendships.

Mike and his wife, JoAnn, of 52 years, maintained their principal residence in Phoenix as well as vacation homes in San Diego and the White Mountains. The cabin in the White Mountains, which he and his brothers constructed by hand, was his pride and joy. Mike delighted in spending time with his sons, Michael L. Murphy, Jr., an attorney, business owner, and entrepreneur living in Tucson, Arizona, and Troy G. Murphy, a professor at Trinity University in San Antonio, Texas, their wives, and his four grandchildren.

According to Mike’s wishes, the family requests that contributions, in lieu of flowers, be made in his name to the American Heart Association or the American Cancer Society.

Offer Hugs From Home Condolence for the family of MURPHY, MICHAEL LaMOTTE