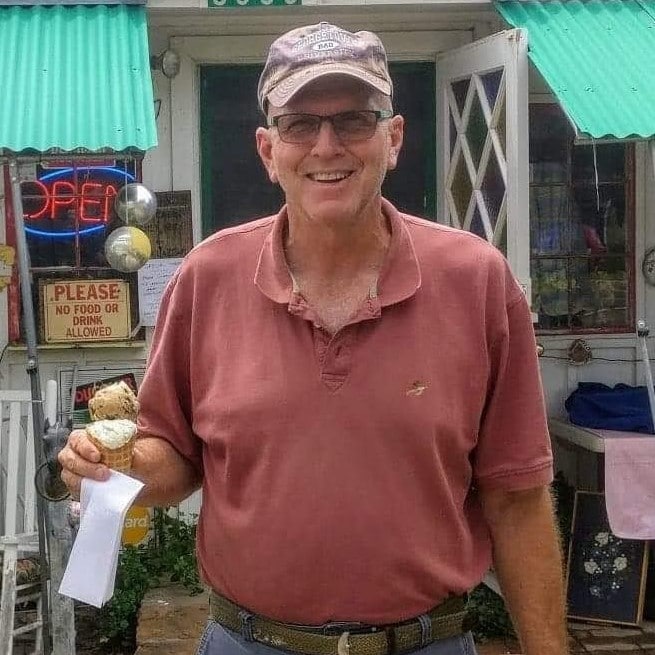 PHOENIX – Philip Anthony Murphy, 63, peacefully returned to our Lord Tuesday, February 2 at 10:23 am surrounded by family at Banner University Medical Center. Phil left us after a 3-week hard fought battle with complications due to COVID-19. He was born August 13, 1957 in Fort Dodge, Iowa to a family of farmers that soon moved to Phoenix when he was only 6 months old. He graduated from Tempe High School in 1975 then joined the Air Force planning on traveling the world but instead was stationed at Tucson, AZ. After discharge, he studied Engineering at ASU then on to NAU where he became a lifelong member of the Sigma Chi Fraternity, ZO Chapter and continued to be a participating member to this day.

Phil was a man of devout faith in God, a man who loved and served his family in every way imaginable, and a man who saw no distinction between his closest friends and his family. To say that he will be missed hardly scratches the surface, as hundreds of neighbors, friends and family mourn the loss of a man that never let them down and never took more than he gave. He will be remembered as a man of a gregarious laugh, sense of humor, gift of gab, and was always helping others. He was a 4th Degree Knight with the Knights of Columbus. STA parishioners knew him as “the Donut Guy” where he faithfully served donuts after each Mass. It is fondly recalled by those who knew him, that Phil Murphy could pack five years of life into one – an anecdote that hints at his enthusiasm for a life lived full to the brim.

Phil left us far too soon and is preceded in death by few immediate family members including his father Eugene Murphy.

He is survived by hundreds of loved ones that still feel the immense light that he leaves behind in death, especially his wife of 25 years, LeAnne Murphy, his son Kevin and daughter-in-law Francesca, his daughter Lauren, and his beloved Pitbull, Scout. The first of his 5 siblings to go, he leaves behind brothers Terry (Pam), Michael (Jody), and Steven (Sherrie), sisters Beverly Rockvam (Greg) of Hemet, CA, and Joellen Tenison (Jay) and all of their families that have known the joy and happiness of their Uncle Phil to be infectious. Finally, he leaves behind his loving mother Irma Murphy plus hundreds of extended family members located in Texas, California, Nebraska, Colorado, and Iowa – all of whom Phil loved so much.

A funeral Mass will be celebrated at Saint Thomas the Apostle Catholic Church on Friday, February 12, 2021 at 10:30 A.M. Seating is limited but the Mass will be live streamed at www.staphx.org. His place of final interment will be at the National Memorial Cemetery of Arizona. A Celebration of Life is planned near his birthday in August.

His family would like to thank the wonderful team of doctors, nurses, and staff who took such great care of him at Banner as well the love, support, thoughts, and prayers of his neighbors, friends, family and even those who didn’t know him personally. In lieu of flowers, the family is asking that you donate to one of his favorite charities; Knights of Columbus and Saint Vincent de Paul.

Condolences, stories, and photos can be expressed at www.whitneymurphyfuneralhome.com

Offer Hugs From Home Condolence for the family of MURPHY, PHILIP ANTHONY