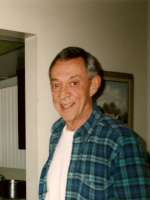 born November 9, 1941, passed away April 10, 2010, surrounded by family, he was 68. Retired, he was a loving husband and father, as well as a doting grandfather. His irreverent sense of humor and sarcasm, his generosity and his willingness to always lend an ear, as well as numerous other qualities, will be sadly missed. He is survived by his wife M. Lynne Murphy; daughters, Lena and Laura; his son Luke; as well as 4 grandchildren, Charlotte, Ella, Trenton and Jayden. A Rosary, followed by a Memorial Mass, will be held at 9:30 am, Friday, April 16, 2010 at Ss. Simon and Jude Cathedral, 6351 N. 27th Avenue, Phoenix.

Offer Hugs From Home Condolence for the family of MURPHY, RICHARD