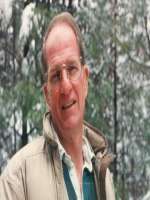 William James (“Bill”) Murphy, 78, died peacefully on August 14, 2012. An energy and utility expert known for his understanding of energy markets and a loyal friend known for his quick wit, Bill lived his life fully and with love and courage. Born in Phoenix to Frank G. and Eula P. Murphy, Bill graduated from St. Mary’s High School, attended Regis College and graduated from the University of Arizona with a degree in Mechanical Engineering. He began his career with AiResearch then joined Hirt Combustion Engineers in California. He developed his deep and lasting interest in energy while with Arizona Public Service and worked at the forefront of the industry through his own consulting firm (Murphy Engineering) and at the City of Phoenix from which he retired as a Deputy Director in Public Works. Forward-thinking, collaborative and engaging, Bill worked for decades as a tireless advocate for equitable utility rates, energy efficiency, and clean energy. In 1961, Bill married the former Sherry Bunting; in their 30-year marriage, they shared a deep mutual respect and raised three daughters with exceptional devotion. In 1994, he married the former Bonnie Oettli with whom he shared 14 years in a rewarding partnership. At the time of his passing, Bill was engaged to Cathy King who provided him with abundant care and kindness during his illness. Daughters Patricia, Catherine and Bernadette survive Bill as do his grandsons, Ryan Strom and Andrew and William Tan, all of Colorado. Also surviving are his sister, Anna Maie Murphy, two brothers, Joe (Joyce) and Patrick, several nieces and nephews and a 1963 Corvette. Bill’s inquisitive mind, thoughtful perspective, personal integrity and wonderful sense of humor made him one of a kind. He pursued life with a full and affable heart whether he was consulting, watching a car race or feeding the birds in the Prescott forest. He is cherished by his family and friends and will be greatly missed. A gathering to celebrate Bill will be held on Friday, October 5th from 4:00 to 6:00 at University Club, 39 E. Monte Vista Road, Phoenix. Friends are welcome to meet Bill’s family, share a toast to him and stories about him. Contributions may be sent to Hospice of the Valley, 1510 East Flower Street, Phoenix AZ 85014 or the Southern Poverty Law Center, 400 West Washington Avenue, Montgomery, AL 36104 or a charity of choice. Expressions of sympathy may be addressed to Bernadette Murphy, 907 Ulster Way, Denver, CO 80230.

Offer Hugs From Home Condolence for the family of MURPHY, WILLIAM JAMES “BILL”