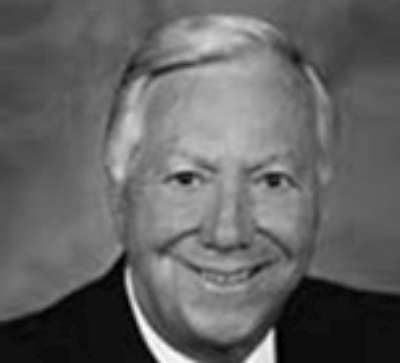 81, of Scottsdale, Arizona passed away March 21, 2016. Father, husband, mentor and friend, Jim dedicated his life to helping others. Born in Mapleton, Iowa, Jim attended Northwestern University and the University of Chicago. He moved to Phoenix in 1984 with his wife Gindy to be closer to family and to enjoy the beautiful Arizona climate. Jim founded Myers Management & Capital Group in 1986 and the CEO Forums in 1989, drawing on his experience as CEO/COO of several successful publicly held companies. Through MMCG and the CEO Forums, he brought together hundreds of leaders and shared his guidance and counsel. Jim’s life was guided by his eternal optimism and his ability to bring out the best in others. He advised everyone he encountered to never miss an opportunity to build an open and trusting environment and to encourage others to do the same. Jim had an enduring faith in human nature and peoples’ abilities. “Whatever you’re doing, be the best at it,” he would say. He had the unique ability to uncover the solution to any personal or business problem, even when the issues may have seemed insurmountable. Those who had the privilege of knowing Jim were better people for it. He is survived by his wife Gindy, son Randy (Carol), daughters Sue (Tim), Megan (Colin) and Jana, along with six grandchildren, two great grandchildren and six nieces and nephews. Jim was preceded in death by his oldest son Jimmy. A Funeral Mass in memory of Jim will be held on Saturday, April 2, 2016 at 10:00 A.M. at Our Lady of Perpetual Help Catholic Church, 7655 E. Main Street, Scottsdale, Arizona 85251. Memorial donations may be made to: Hospice of the Valley, 1510 E. Flower Street, Phoenix, AZ 85014 or The Donald V. Adams Leadership Institute at Drake University, 2507 University Avenue, Des Moines, Iowa 50311.

Offer Hugs From Home Condolence for the family of MYERS, JIM