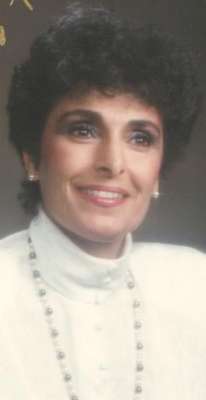 June Rose Nash-Korbel, 81, passed away on Palm Sunday, March 29, 2015 at her home in Prescott, AZ.   She was born on June 27, 1933 in Lockport, IL to Rose and Edward Nahas. The family moved to Phoenix in 1942. She attended St. Mary’s Catholic Grammar and High School, graduating in 1951. Shortly after, she married a dashing young man who was about to be drafted into the Army, Eddie Nash. While stationed at Fort Sill, OK, they had their first son, John. They returned to Phoenix and son, Michael was born. After this marriage June returned to school, working hard to become an RN, earning her white cap and pin was a proud achievement. Her high level of intelligence led her various fields of nursing; from charge nurse in the critical care unit at the Barrow Neurological Foundation in Phoenix, several stints as a school nurse and as health care paralegal prior to her retirement to Prescott. Travel was a favorite pastime; she enjoyed a timeshare in Mexico. When she wasn’t volunteering at St. Germaine Catholic Church, performing in a play, clogging, or attending Book or Monday Club or a Sister Cities event, she was cooking and caring for those less fortunate. June was a wonderful mother and a compassionate woman with a strong faith, which she relied on all her life and most in these last months, as she bravely, endured pancreatic cancer.   She was predeceased by her son Michael and is survived by her devoted husband: Harv Korbel, son, John (Posey) Nash, nephew, John Compton, her little dog, Missy and her many dear and devoted friends.   Visitation: Monday, April 13, 2015 from 2:00-4:00pm at the Hampton Funeral Home, 240 S. Cortez Street, Prescott, AZ.   Memorial Mass: 9:30 AM, Tuesday, April 14, 2015 at St. Mary’s Basilica, 400 E. Monroe Street, Phoenix, AZ.   Private interment will be held at St. Francis Catholic Cemetery, Phoenix, AZ.  Memorials in her memory may be made to the Hope and Care Foundation of Hospice of the Pines: 13175 E. St. Route 169, Suite B, Dewey, AZ 86327 Arrangements entrusted to Hampton Funeral Home, Whitney & Murphy Funeral Home and Post Scripts by Posey.   She served her family, her friends and her God.

Offer Hugs From Home Condolence for the family of NASH-KORBEL, JUNE ROSE