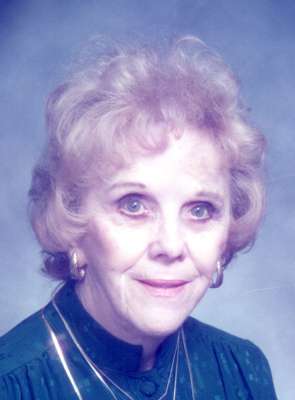 102, passed away October 13th in Tempe, Arizona. Doris was born on March 8, 1912 in Logansport, Indiana and was the daughter of Carrie and Arthur Berryman. She married Kaleel (“Kay”) Nasser, a handsome and ambitious Syrian American, on December 18, 1932 in Terre Haute, Indiana, where they settled and started a grocery store. In 1947 Kay and Doris moved their family of two children to Phoenix for Doris’ health where they started a new grocery business, Kay’s Market. She had suffered from asthma, but thankfully had a complete recovery in Arizona and lived an amazingly long and healthy life! Doris and Kay were the truest of sweethearts throughout their 58 years of marriage until Kay’s death in 1990. As a young woman, Doris studied dance and later taught ballroom dancing. She and Kay loved to dance, and were often the first ones out on the dance floor. Doris also worked by her husband’s side in their grocery store on 3rd Street in Phoenix for many years. A talented cook, she learned to prepare her husband’s favorite Syrian dishes from her mother-in-law. In fact, Doris’ Syrian dinner was a family tradition every Christmas eve. Doris, better known as “Nana” later in life, was the matriarch of her extended family of 27. She is survived by her children, Barbara Kay Liem (Don) and Robert Kay Nasser (Barbara), her grandchildren, Scott Liem (Christy), Tracy Murphy (Phil), Mark Nasser, Greg Nasser (Lori), Kalee Ellis (Dave), and Kerry Kammeyer (Steve), her 13 great grandchildren and her 10 great, great grandchildren. Doris died peacefully with family and her caregivers at her side. The family wishes to thank her caregivers, Patti Rushing, whom she called “honey-punkin,” and Patti’s husband, Brian Rushing, who nourished Doris with his magic shakes for many months. The family extends their profound appreciation for both Patti’s and Brian’s undying love and devotion to Nana during their time together. A visitation will be held on Thursday, October 16th, from 5-7 p.m., with Trisagion service at 6:45 p.m., at the St. George Antiochian Orthodox Church at 4530 E. Gold Dust Ave., Phoenix 85028. A Funeral Service will be held on Friday, October 17th, at 10 a.m., at the Church. Interment will follow at Green Acres Memorial Gardens, Scottsdale. Arrangements entrusted to Whitney & Murphy Funeral Home.

Offer Hugs From Home Condolence for the family of NASSER, DORIS OLA