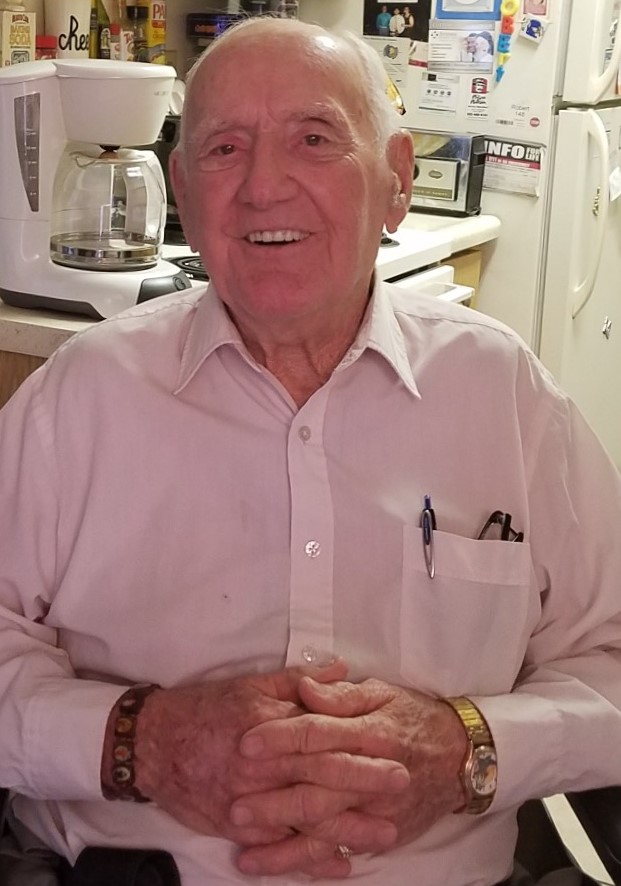 Robert Joseph Nathe of St. Paul Minnesota, passed away on Tuesday, August 2, 2017 at the age of 92 at Banner Good Samaritan Hospital in Phoenix, Arizona. He was born on August 30, 1924 as Robert Joseph Nathe and was known to all as “Uncle Bob”. He is survived by his best friend “Rosie”, step-daughter(s) Maggie Fechter (La China Fastidiosa), Rosamaria Garcia (La Little One), Lily Santiago (La Shy Girl) and nieces Veronica Leon and Ashley Campos. He is also survived by step-son(s) Raul Sudea Jr., Wilton Wahl, David Logg, Randy Logg, Timmy Logg and Robie Campos. “Uncle Bob” loved his country and at 18 years old enlisted and served in the United States Navy. He was always proud to announce to everyone that he was a World War II Veteran. In the Navy, he took charge and was a leader to all his fellow officers. He was a great cook and supported his Arizona Cardinals and Phoenix Suns. He spent his free time finding the best yard sales and thrift shops in the Phoenix area. He had many collectibles like antique clowns, Kachina dolls, Native-American paintings and carnival glass to name a few things. In his lifetime he traveled all over the United States and made friends anywhere and everywhere he took the time to visit. True to Uncle Bob’s personality, he always initiated the conversations. He will be missed by all his friends in the Seattle, Washington area and his many friends and family in Arizona. As a devout Catholic, “Uncle Bob” many a time expressed two beliefs: how blessed he felt to outlive his lifelong friends and more importantly – his longevity was attributed to the many people he lifted and helped in his lifetime.

Offer Hugs From Home Condolence for the family of NATHE, ROBERT J.