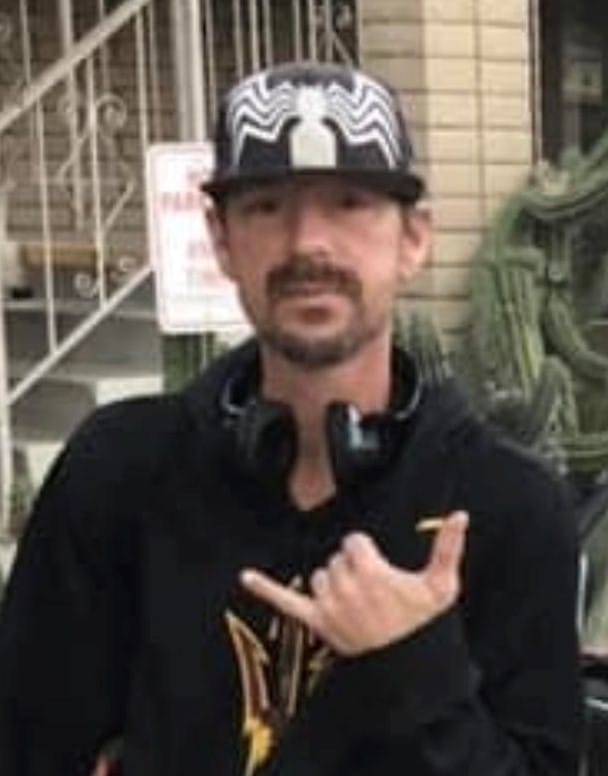 Joseph Foster Naylor III passed peacefully on September 10, 2020, in his home, at the young age of 42. He was born on October 10, 1977. Joe enjoyed the simple things in life such as, spending time with his sister Lena and nieces, his biggest hobby was collecting valuable comic books. Over the years he has collected many marvel series, his favorite was the spider-man collection. Through that, the character Venom brought much joy to Joe’s life. Venom is a character that he could relate to, he could not be defeated by most things in life. Joe was born in Whichita Falls, Texas and moved to Chino Valley, Arizona in 1987. He made many friends in his time growing up there before he moved to Scottsdale, Arizona in 2005. Joe studied at Yavapi Community College. His profession was being a sous chef at The Tavern in Phoenix, AZ. He was preceded in death by his father, Joseph Foster Naylor II, and sister Annette Naylor-Bond. Joseph is survived by his sisters, Lena Luchenta (Joseph), Sherry Kennedy-Naylor (Michael), Candy Naylor, and his brother, Matthew Naylor (Tammy), his nieces and nephews, Sandra Kennedy, Michael Kennedy, Dionicia Naylor, Shell’b Naylor-Strauss (Vincent), Emily Strauss, Shyler Strauss, Ivee Naylor (Austin), Alexis Kempf-Strauss, William Naylor. There will be a cemetery service held on Monday, September 28, 2020 at 10:00 A.M. at Mountain View Cemetery, 1051 Willow Creek Rd. in Prescott, Arizona 86301. He will always be known for his kind heart and sense of humor. Joe was a quiet man but spoke loudly through his actions towards anyone he had ever met. He was a sincere, simple man. It has been a privilege and honor to have known him for the short 42 years he had on this earth, he touched many souls.

Offer Hugs From Home Condolence for the family of NAYLOR III, JOSEPH FOSTER