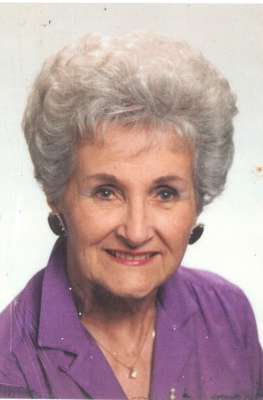 Lorraine Josephine Nelson of Phoenix, AZ passed away June 2nd, 2015. Lorraine was born in Tulsa, Oklahoma on January 2, 1921. She is preceded in death by her husband of 50 years, Victor A. Nelson and her son Albert (Al) L. Nelson. Lorraine moved to Phoenix with her husband and two sons in 1949. A daughter and son were born later as she established a lifelong residency in Phoenix and member of the St. Thomas the Apostle Parrish. Lorraine had a love for music and was a longtime member of the church choir and an honored 50 year member of The Sweet Adeline’s organization and chorus member. One of her greatest pleasures was singing in the Copper Bells barber Shop quartet for many years. Lorraine worked for Dillard’s Department stores part-time for more than 20 years. She is survived by; Victor Nelson (Ami) of Prescott, Leanne Roberts of Peoria, Mark Nelson of Royal Oak, Michigan, daughter-in-law Donna Nelson of Phoenix and numerous grandchildren and great grandchildren. Visitation will be held from 5:00 – 8:00 PM with a Rosary at 7:00 PM, Thursday, June 18, 2015 at Whitney & Murphy Funeral Home, 4800 E. Indian School Road, Phoenix. Funeral Mass will be at 10:30 AM, Friday, June 19th, 2015 at St. Thomas the Apostle Catholic Church, 2312 E. Campbell Avenue, Phoenix.  Interment will follow at St. Francis Catholic Cemetery.

Offer Hugs From Home Condolence for the family of NELSON, LORRAINE JOSEPHINE