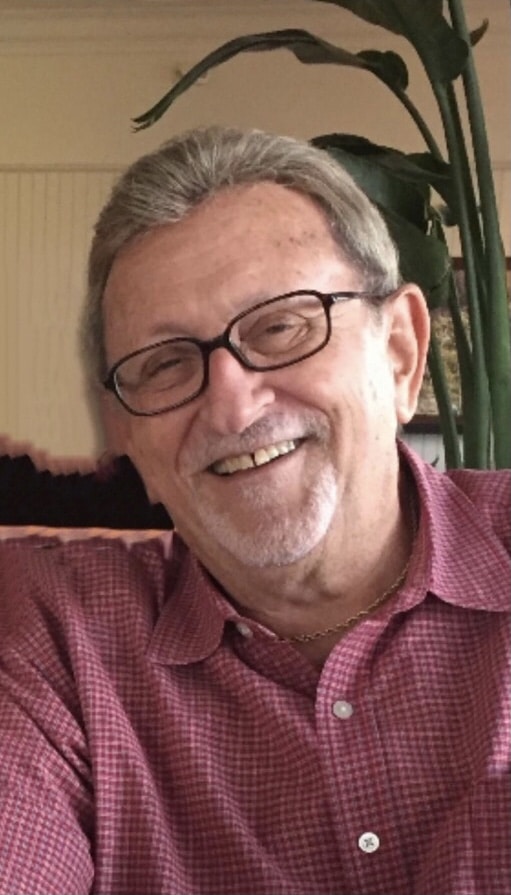 Richard was born in Los Angeles, California on July 23, 1943. His parents were John and Eva Nichols. He was the oldest of three children, along with his sister, Julie Annett and his brother, Dr. Ronald Nichols. The family moved to Monterey Park, California when Richard was in high school. He went on to the University of Southern California, (USC). He worked in the retail business at the Broadway department stores in Los Angeles in his early years. And then his passion hit him, the real estate business. He worked for Herbert Hawkins real estate company in Los Angeles when he began his real estate career.
Then an opportunity was presented to him that would change his life forever. Coldwell Banker was venturing into Arizona in 1973, and he was offered the position of helping to open their first office in Scottsdale, Arizona. Now in the interim of all of this, he had met the love of his life, Sherry David, from Cedar Rapids, Iowa. They had met at the Archdiocese Convention in Los Angeles in 1972 and became engaged in 1973. So, when the opportunity presented itself to make the move to Scottsdale, they decided to relocate. Richard moved there in May of 1973 and he and Sherry were married on September 9, 1973 in Cedar Rapids, Iowa. Richard would always say it was the best thing he ever did. They loved their new life in Scottsdale and the area was growing by leaps and bounds. He stayed with Coldwell Banker for about a year or so and decided he didn’t like the managing end of real estate. He wanted to be involved in this growing area and wanted to be on the buying and selling end of the business. He had heard about this new company opening, Realty Executives, and he loved their new concept of the real estate business. He joined Realty Executives in 1975 and thus his career of over 45 years of association with Realty Executives began. He would always say he loved to see the look on people’s faces when they sold their home or found the home of their dreams. The associates and friends he made during those many years with Realty Executives are too many to count and he cherished them forever.
On June 5, 1975 Richard and Sherry’s life would change again. Their first son, Brian Richard, was born and then on August 16, 1978, their second son, Michael David, came along. Having two boys was the joy of Richard and Sherry’s life. Richard had a passion for sports, particularly baseball and basketball. Sherry was always alongside him as a team mom. Those fifteen years of being at the ballpark for baseball and the Boys Club for basketball are memories both he and Sherry remembered always. Then in later years they went to the Arizona Cardinals football games with the family.
Both Brian and Michael graduated from Chaparral High School in Scottsdale, and both graduated from the University of Arizona in Tucson. All you ever had to do was mention Brian or Michael and Richard’s face would light up. He was so very proud of them. Then, when they both married and the four grandchildren came along, they became his pride and joy. He loved going to all his grandchildren’s activities. When Ben played football and Riley played volleyball he was there. He loved seeing Davis and Logan play their baseball games. Richard and Sherry would travel all around the valley to watch these events. The grandkids would always look to see if Jidue and Situe were there. Richard said to Sherry not long ago that he couldn’t believe Ben and Davis were starting High School and Riley was going to be in 7th grade and Logan was going to be in 6th grade. His whole life revolved around his family and all the joy it brought to them.
The other passion in Richard’s life was his church. When he and Sherry arrived in Scottsdale as newlyweds, one of the first things they did was to find the Orthodox Church on Indian School Road in Phoenix. Their sons were in Sunday school and both were altar boys until they graduated from High School. The boys also enjoyed going to St. Nicholas Summer Camp in California for over fifteen years. One of the biggest accomplishments and honors that gave Richard so much pride was being the building committee chairman at St. George Church. He was instrumental in finding the land on Gold Dust Avenue and building the complex that exists today, the Church, the Legacy Ballroom, and the Sunday School buildings. He and his wonderful building committee members worked for several years putting in long hours to achieve the beautiful facilities you see today. He used to tell Sherry how proud he was of all that they had accomplished. Church was the core of Richard and Sherry’s life with their sons. The many family and friends they have at St. George will be with their family forever.
All the love and support you have shown for Richard and our whole family during the past several weeks will be something that will remain in our hearts always.
Richard was a beloved son, husband, father, father-in-law, grandfather, brother, uncle, cousin, and friend to all.
He is in God’s arms now and with all his heavenly angels. He is resting in peace and his loving smile and generous heart will remain with us always.

We will love you forever,
Sherry, Brian, Michael, and Family

Offer Hugs From Home Condolence for the family of NICHOLS, RICHARD