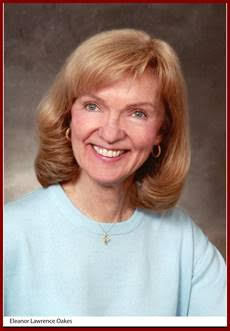 Ellie was born October 24, 1941 in Copley, Ohio, near Akron. The family soon moved to Loudonville, Ohio where she spent her youth, graduating from Loudonville High School. She played the lead in her junior and senior plays and won statewide honors for journalism. Following graduation she moved on to attend St. Luke’s Nursing School in Cleveland, Ohio where she received her RN in 1963.

Ellie married David Oakes in September 1964 and the couple lived in New York City, Erie, Pennsylvania, Waynesboro, Virginia, and, finally, Phoenix, Arizona where she spent the remainder of her life. She received her Arizona accreditation at Phoenix Baptist Hospital and eventually retired from  Boswell Hospital after nearly 35 years of service. Ellie wrote both prose and poetry and became an accredited yoga instructor. She loved reading, fine food & wine and poetry by candlelight.

She is survived by her children: Michael of Alpharetta, Georgia, Kathleen and Patrick, both of Lincoln, Nebraska, and four grandchildren, Alyssa, Samantha, Jacob and Daniel.

Offer Hugs From Home Condolence for the family of OAKES, ELEANOR MELISSA LAWRENCE