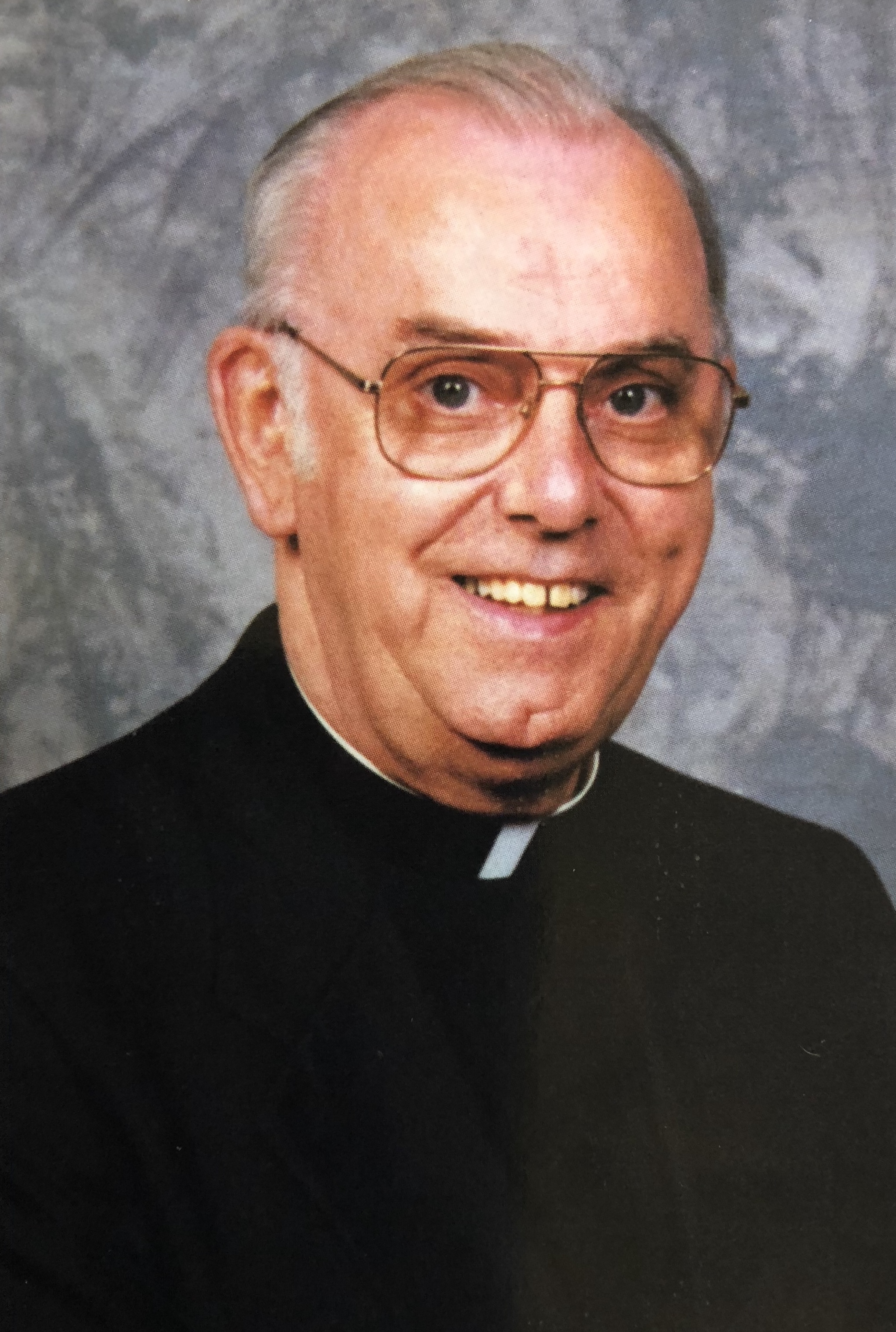 Fr. Michael Eugene O’Carroll (February 6, 1937 – September 1, 2018) was born in Derry, Northern Ireland to Michael T. O’Carroll and Maureen McGoldrick, the eldest of 7 children. He grew up in Killybegs, County Donegal in the Irish Republic. He attended Nial Mor Grade School and St. Eunans High School in Killybegs. He entered All Hallows College in Dublin 1956 studying for the Diocese of Tucson, AZ. He was ordained a priest on June 17, 1962. He served as associate pastor at Holy Cross – Morenci, AZ (1962-1963), Blessed Sacrament – Miami, AZ (1963-1965), Immaculate Conception – Douglas, AZ (1965-1967) and St. Thomas the Apostle – Phoenix, AZ (1967-1973). He was appointed pastor at St. Henry’s – Buckeye, AZ (1973-1981) where he supervised the building of the new church. In 1981 he moved to St. Paul’s in Moon Valley-Phoenix, AZ where he served as pastor for 27 years. He supervised the building of a new church, classrooms and parish hall and the remodel of the conference rooms, offices and rectory. He retired in 2008. Fr. Eugene also served in the Arizona Army National Guard. He was commissioned Chaplain in February 1970 for the Transportation Battalion, Chaplain to Arizona Support Brigade and ended his service as State Area Command Chaplain. He retired as Colonel on February 27, 1997.

Fr. Eugene is preceded in death by his brothers, Roger and Paul, and sister Dymphna. He is survived by his brother Shawn (Elizabeth) O’Carroll, and sisters Annice (Owen) Routley, Paula O’Callaghan and 10 nieces and nephews and numerous grandnieces and grandnephews.

Fr. Eugene will be buried at St. Mary of the Visitation Church, Killybegs, County Donegal, Ireland.

Offer Hugs From Home Condolence for the family of O’CARROLL, FR. EUGENE