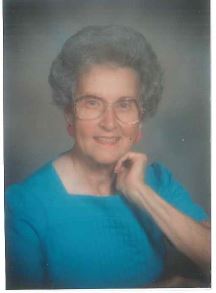 O’Connell, Irene Elizabeth passed away at the age of 96, on December 31, 2017. She was preceded in death by her beloved sister Geraldine L. Pedo and is survived by her cousins Kathy Bond, Sue Cocco, and Margaret McCarthy. She was adopted at a young age by the O’Connell family and was raised in Arizona. A graduate of Saint Mary’s School of Nursing in Tucson, she enlisted in the Navy as a Lieutenant Jg. For the last two years of World War II. While there she formed a lifelong professional relationship with Dr. M.W. Merrill helping him establish a private practice in Phoenix as his Registered Nurse until his retirement, 38 years later. Upon retirement Irene continued in Health Care at St. Joseph’s Hospital logging in over 4,800 hours in 17 years of volunteer service. A member of the ESA Sorority for over 67 years she served on many of their committees. Irene, a devout Roman Catholic, participated in many church activities for years at St. Gregory’s parish. A patron of the Arts, she was a season ticket holder of the Phoenix Little Theater for decades. She enjoyed traveling and her friends. Care, compassion and concern were her trademarks. She always remembered to send an inspirational card or give an optimistic phone call on special occasions. A lovely woman of grace and dignity, her presence in Heaven will be a blessing. On Friday, January 26th, 2018 a Visitation will be held from 6:00 P.M. to 7:00 P.M. with a 7:00 P.M. Rosary prayer will be held at Whitney & Murphy with Funeral Home, 4800 E. Indian School Road, Phoenix. On Saturday, January 27th, Funeral Mass will be celebrated at 10:00 A.M. at St. Gregory’s Catholic Church, 3424 N. 18th Avenue, Phoenix. Interment will occur at a later date in the family plot in Stambagh, Michigan, her birthplace and hometown. Please send all flowers to Whitney & Murphy Funeral Home.

Offer Hugs From Home Condolence for the family of O’CONNELL, IRENE ELIZABETH