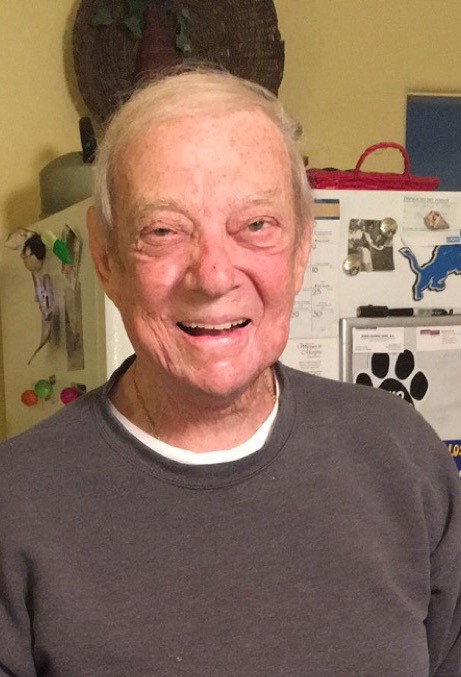 Joseph “Bud” O’Connor of Phoenix, Arizona, passed away at 88 years young at 12:45 PM, June 4, 2017. He joins in Heaven his beloved wife of 60 years, Claudia and his eldest son Patrick. Joe was known most for his loyalty to his family and Irish charm. He grew up in Detroit, Michigan. He served in the Army as a Paratrooper. He became vice president of the Detroit Legal News- Inland Press and moved to Arizona in 1976 where he opened and operated J&J Printing with his partner John for 18 years. After retiring, he was a proud member of the Scottsdale Elks Lodge 2148 and volunteered weekly as the oldest bartender in Scottsdale.  He is survived by his children, David and Jodi O’Connor, his granddaughters, Ashley and Shannon O’Connor and his great grandson Joseph Robert. The Visitation will be held from 5 PM to 8 PM, with a Rosary being prayed at 7 PM, Thursday, June 15, 2017 at Whitney & Murphy Funeral Home, 4800 E. Indian School Rd, Phoenix.  Funeral Mass will be celebrated at Saint Theresa Catholic Church, 5045 E. Thomas Rd, Friday, June 16, 2017 at 10 AM.  In lieu of flowers, the family requests donations be made to Hospice of the Valley in honor of Joseph and Claudia O’Connor.

Offer Hugs From Home Condolence for the family of O’CONNOR, JOSEPH CHARLES