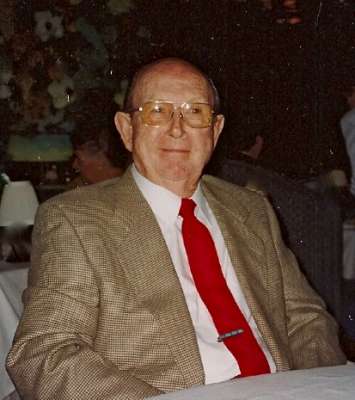 Louis Justin Oen, 97, longtime Arizona banker, died Wednesday in Phoenix.  He was born in Lima, Ohio on September 22, 1916 and raised with a brother and six sisters in nearby Wapakoneta by an entrepreneurial father and patient mother. As a young man in 1936, Lou hitchhiked and rode freight trains to California and back with his best friend to get a sense of America. In the Second World War he joined the Navy, where he served on a destroyer escort in the South Pacific, including Iwo Jima. After the victory, Lou married Mary Stahura in Albuquerque. The couple moved to Phoenix where Lou began his 47-year career with First National Bank, retiring as Executive Vice President. At the bank, he helped influence Arizona’s growth and improvement, a role he cherished.  Lou’s religious faith was always at the center of his life. He was a major supporter of the St. Vincent de Paul Society’s work, and served as Grand Knight of the Knights of Columbus and on several church committees and clubs.  Lou is survived by his children, Henry and Candice Oen, daughter-in-law Judy, granddaughter Stephanie, great grandson Paxton, sister-in-law Irene, and his three sisters: MaryAnn Kohlreiser, Bonnie Brockert, and Shirley Hayzlett, all of Ohio. He was preceded in death by his wife Mary, his parents Henry and Edith, his sisters Lavere, Colette, and Ursula and his brother Danny. Louis Oen was a much loved father, husband and brother. He was respected by his peers and his neighbors for his honesty, sincerity and loyalty. He never said an unkind word about anyone and he looked for the best in everything. He is missed. Visitation will be at 9:30am, followed by a Funeral Mass at 10am, on Thursday, July 24, 2014 at St. Francis Xavier Catholic Church, 4715 North Central Avenue, Phoenix.  Burial will be private.

Offer Hugs From Home Condolence for the family of OEN, LOUIS JUSTIN