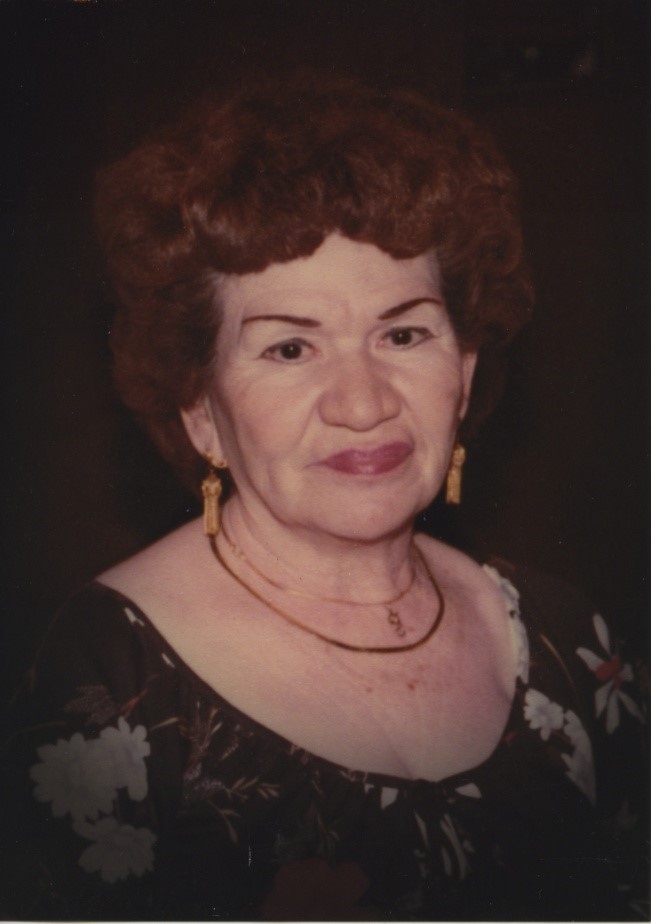 Frances (Chata) Valenzuela Olivas was born on January 5, 1923 in Phoenix, Arizona to state pioneers Jesus and Francisca Valenzuela. She passed away on January 31, 2018. Frances was married to Angel Olivas, Sr. for 59 years. She was a loving Mother with 19 Grandkids, 45 Great Grandkids and 13 GreatGreat Grandkids. Frances was a homemaker until her youngest son started school, then went to work for Korricks Department Store in Phoenix which eventually became the Broadway Stores, spending a total of 20 years with these stores. After retiring in 1980, she and Angel Sr. joined the Senior Center in Phoenix and were active members. In 1982, the Center voted Frances as the Volunteer of the Year. She and Angel Sr. enjoyed dancing, bingo and traveling. She joined the Forever Young dancing group at the Center and performed at various functions. She is fond of the many wonderful friendships she created which include her neighbors who treated her as a family member. Frances was a big fan of the AZ Dbacks, her favorite player was “Gonzo” who she claimed looked just like her deceased Brother, Richard Valenzuela. You could often find Frances at the casinos where she claimed “she always won.” Frances is preceded in death by Husband Angel Sr. and three Grandkids. Her proudest memories are of her children: Sons Angel Jr. (Sheila), John (Pat), Robert (Joanne), Loui (Nena), and Daughter Velia Olivas. Visitation will be at 10:00 A.M. with a Mass at 11:00 A.M. on Thursday, February 8th, at St. Gregory Catholic Church, 3424 N. 18th Avenue, Phoenix. Interment will follow at St. Francis Catholic Cemetery. In lieu of flowers please make donations in Mom’s name to Hospice of the Valley, 1510 E. Flower Street, Phoenix, Arizona 85014. Arrangements entrusted to Whitney & Murphy Funeral Home.

Offer Hugs From Home Condolence for the family of OLIVAS, FRANCES VALENZUELA