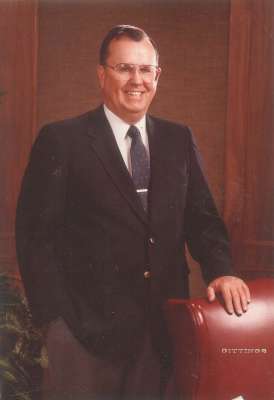 Dean passed away on March, 6, 2017 at age 85, surrounded by his family. Dean was born on March 23, 1931 in Chicago, Illinois to Helmer John and Harriette Ann Olson. Dean was preceded in death by his parents and his wife Jean (Miller) Olson and grandson Lucas.  He is survived by his three sons; James “Jim”, Andrew “Andy” (Cheryl), and Kerry; brother John (Lynn); grandchildren; Heather, Randy, Tammy, Katie, Zachary, Sara, Seth, and Lindsay, nieces and nephews Trista, Jodie, Lori, Wendy and Terry and great-grandchildren; Jasmine and Addison. Dean graduated from Tolleson High in 1948 and graduated in 1952 from the University of Arizona with a degree in pharmacy. Upon graduation, he was commissioned a 2nd Lieutenant in the Army. Dean served in Korea where he met his wife Jean who was an Army nurse. Dean and Jean were married in a double wedding with her sister Marilyn (Donald Sullivan) on November 6, 1954 in Allentown, Pennsylvania. After his father’s death in 1954 he ran Olson Professional Drugs on West Van Buren in Phoenix. Dean took accounting courses at Arizona State University and became a CPA in 1959. Dean formed the CPA firm Olson & Olson with his brother John in 1972, retiring in 1990. Dean was in the Army Reserve from 1954 until 1977 when he retired as a Lieutenant Colonel. Dean was an avid golfer and longtime member of the Arizona Country Club, where he hit a hole-in-one three times. In lieu of flowers memorial contributions may be made to Hospice of the Valley 1510 E. Flower St. Phoenix, AZ 85014. A Celebration of Life for Dean is planned at 2:00pm, Sunday, March 26th, 2017 at Whitney & Murphy Funeral Home 4800 E. Indian School Road Phoenix AZ 85018