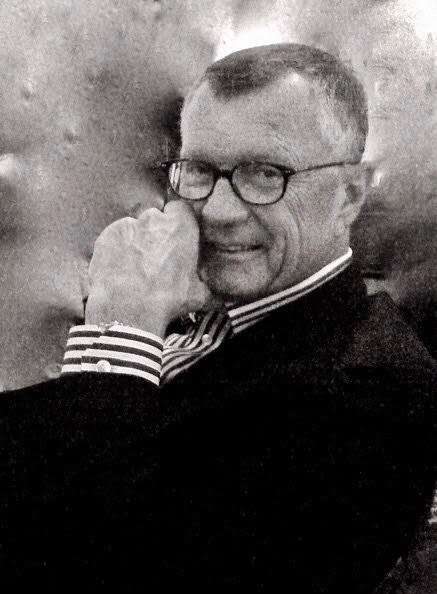 John excelled in scholastics and athletics as a young boy and well into his high school years. John graduated from Winner High School in 1969 lettering in golf, football and baseball. John’s passion stood out in baseball. As a highly recruited high school pitcher, John accepted a scholarship to play at the highly touted baseball powerhouse Arizona State University. John, a left handed pitcher, competed and played at a high level. John transferred to Yankton, South Dakota College in 1971. Setting numerous pitching records his college career ended in 1973. John received two Major League Baseball minor league contracts from the Minnesota Twins and the Cleveland Indians. In 2014, John was inducted to the South Dakota Sports Hall of Fame.

John was the general manager of many South Dakota properties including the historic Hotel Alex Johnson in Rapid City. In 1983 John made a critical, risk taking move at the age of 34 to switch careers and geographic location to start new in the automotive sales industry in Arizona. Uprooting his family from South Dakota and moving to Scottsdale, Arizona, John started as an entry level salesperson. In 1985 John went to work for ABC Nissan. Excelling through management positions he became General Manager/Dealer partner at Camelback Toyota in 1991. Another highlight was marrying his beloved Gina Burton O’Malley (Phoenix, Arizona). John and Gina attended numerous Toyota awards events and trips. Representing Camelback Toyota like JFK and Jackie O. did on trips and at dignitary dinners, John would remain there until his bittersweet retirement in 2019. John built a culture of taking care of his customers and his people. The key ingredient to his success was being firm but fair and taking care of his 275+ employees. In 2002, Camelback Toyota received the honor of being the number one business to work for in Arizona by Phoenix New Times magazine. Because of his compassion for his people, his employees gave back tenfold to beat and exceed sales and service goals for ten years in a row. John O’Malley with his loyal employees put Camelback Toyota on the map. Camelback Toyota was and still is recognized as sales and service champions on a national level.

Alongside all of these Camelback Toyota accomplishments, John’s generosity was unmatched. When he became the President of the Toyota Dealers Association, he changed the dynamic of the advertising budget. John used the budget to bring awareness to the homeless Arizonans and U.S. Veterans. Toyota was now assisting U.S. veterans in building and renovating motels for them, sponsoring additional medical supplies and counseling for our forgotten veterans. The Valley Toyota Dealers Association immediately impacted the veteran’s problem and made a difference in the community. Because of his tireless efforts, in 2017 John was awarded the Copper Sword Award by the Arizona Veterans Society. This award is the most prestigious award given to a non-veteran.

In his retirement years John had the time and opportunity to hone his skills on his passion, golf. Always known as a fierce competitor John loved to play and compete with his friends and family as well. John and Gina even organized an annual family Easter golf tournament. John loved traveling with Gina and always prioritized his life around his family. His seven grandchildren and four great grandchildren brought so much joy and love into his life. John will be sorely missed by hundreds, perhaps thousands of people he personally touched. The true Patriarch of the prideful O’Malley family, his traditions will continue, and his legacy will live on.

Offer Hugs From Home Condolence for the family of O’MALLEY, JOHN R.