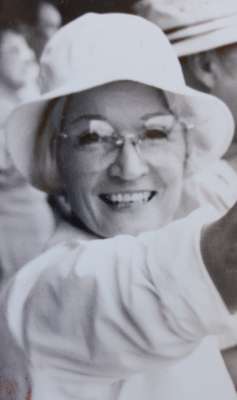 Elsie Beatrice O’Neill, 93, passed away peacefully at home with family by her side on Friday, April, 14, 2017. Born in Morgantown, West Virginia in 1923, to Eskie and Mary Ann Everly, Elsie was the fifth of seven children. Her family moved to the rural setting of Preston County, West Virginia when Elsie was seven years old. It was here Elsie and her family experienced the rigors of rural life and Elsie developed the strong and self-reliant traits she would carry with her throughout her life. Elsie walked to a one room school house each day for her elementary education. On days when a snow storm would blow through, an older brother would pick her up on his horse and take her and her older sister Mabel safely home. The closest secondary school was in Morgantown. In order to attend high school, Elsie left the farm and moved into the home of her high school Home Economics teacher. Elsie graduated from Morgantown High School in 1941 and was determined to continue her education. She went to business school and completed the program just before entering the Women’s Army Air Corps (WAC). She was recognized as the first Monongalia County woman to be enlisted in the WAC in an all-state campaign to recruit women into the armed forces. She served as a recruiter in Colorado and was honorably discharged at the end of the war in 1945. After the war, Elsie moved to Phoenix and worked for Arizona Public Service as a secretary. There she met her one true love Frank O’Neill. They married in 1957 and shared 58 years together. They were completely devoted to each other. Being together was fun no matter what the activity. They raised three children and loved them all dearly. Elsie enjoyed making her home clean and beautiful and providing home cooked meals three times a day. It was also very important to Elsie and Frank to spend family time together whether at home or on vacations. These times would eventually include grandchildren and great grandchildren. These were things Elsie felt very proud to be able to do both for and with her family. Elsie was small yet exceedingly strong. She learned to play golf at the age of 60 and got the family’s only hole in one at age 77. She loved the game, won several tournaments and always had fun with it, whether she was playing with her women’s group, family, or strangers. Her women’s “stitch and bitch” group was also an important part of her social life. This was a time to share stories and feelings as they worked on hand crafts. We will all miss her very much. We will always remember that her sly wit, her grace and her love will always be with us. Preceded in death by the love of her life and loving husband Frank in 2016, Elsie is survived by her three children Dona (Mike) Schumacher of Portland, Oregon, Eileen O’Neill of Phoenix, Arizona and Mike (Cecilia) O’Neill of San Diego, California. She is survived also by her beloved grandchildren Paula (Eileen), Jackie (Mike and Cecilia), step grandchildren Anna and Emily (Mike and Dona) and great grandchildren Chloe Siobhan and Cole Francis (Paula O’Neill and Jason McGhee), Nevan and Viviana (Anna and Jerardo Marquez). Visitation will be from 4:00 – 6:00 P.M., with a Rosary at 5:00 P.M., Sunday, April 23, 2017 at Whitney & Murphy Funeral Home, 4800 E. Indian School Road, Phoenix. Funeral Mass will be celebrated at 10:00 A.M., Monday, April 24, 2017 at St. Theresa Catholic Church, 5045 E. Thomas Road, Phoenix. Interment will follow at St. Francis Catholic Cemetery.

Offer Hugs From Home Condolence for the family of O’NEILL, ELSIE B.