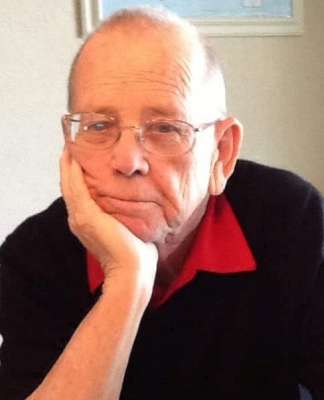 84, passed away peacefully at home on Wednesday, February 10th, 2016, surrounded by family. Born in Chicago, IL, the second of four children, Frank served in the Air Force on Guam during the Korean War in the early 50’s. After which, he moved to Phoenix, where he met and married the love of his life, Elsie. They were married 58 years. Frank was a natural born leader and inspiration both at home and at work. He always put the interests of others first, allowing him to be fair and a true voice of reason whenever troubles arose. Frank simply loved life and wanted everyone else to be having as good a time as he was, be it in the boardroom, or the backyard pool, where so many beautiful family memories flourished.   Frank worked at Arizona Water Company over 30 years, rising to the position of President. Although widely referred to by business associates as kind and caring, he led the company with a serious sense of responsibility to both co-workers and customers alike. Always focused on what he could do to make things better, he became known as “the man with the red pen”.

Steadfast in their passion for family, Frank and Elsie remain the proud parents of Dona, Eileen and Mike and the even prouder grandparents of Paula (Eileen) and Jackie (Mike and Cecilia) and great-grandparents of Chloe and Cole Francis (Paula and Jason McGhee), recently born and named after Frank. Also dearly loved are their two step-granddaughters Anna and Emily (Dona and Mike Schumacher) and step-great-grandchildren, Nevan and Viviana (Anna and Jerardo Marquez). Frank and Elsie had many wonderful friends and were generous and active in their community, supporting St. Theresa Parish, Gerard High School, Arcadia High School and the universities their children and grandchildren attended.

Frank was a good and honorable man. He will be missed more than words can express. Visitation and Prayer Vigil is Thursday, February 18, 2016 from 6:00 to 8:00 pm at Whitney & Murphy Funeral Home, 4800 E. Indian School Road, Phoenix. Funeral Mass will be celebrated at Saint Theresa Catholic Church, 5045 E. Thomas Road, Phoenix. Friday, February 19, 2016 at 10:00 am with a Burial Service at St. Francis Cemetery. There will be a Reception immediately following at the O’Neill home.

Offer Condolence for the family of O’NEILL, FRANK ROBERT