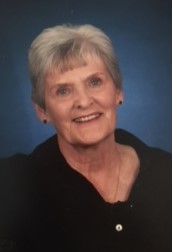 Loved unconditionally, genuinely looked after the well-being of others and enjoyed the company of family and friends. She was most at home in scrubs in the Moab Slick Rock Country, or the pasture entertaining grandchildren. She lived a full life, dedicated to a life’s work as a Registered Nurse and mother of eight. She graduated from the Broadlawns School of Nursing in 1957 and married Dr. Robert Ostwinkle D.O. In 1966 the family of seven moved to Phoenix, Arizona. In 1974 Carol served as the President of the Arizona Auxiliary of the American College of Osteopathic Surgeons. She retired from Nursing and had three more children. When the children were grown and making their own way she went back to school, updated her credentials and became a licensed R.N. again. With her husband she enjoyed flying, camping and exploring the backroads of the Southwest. Carol was a Life Member of the Dons of Arizona, studying and sharing the Lore and Legends of Arizona and the Southwest. Carol was passionate about her Catholic Faith and her Family. She is survived by her brother and two sisters. Carol’s life would not have been complete without children. She is the mother of eight, grandmother of thirty and great grandmother of twenty-two. The children in her life kept her spirit young. The sanctity of life was precious to her and she cherished the opportunity to hold newly born life in her hands. But Jesus called for them, saying, “permit the children to come to Me, and not to hinder them, for the kingdom of God belongs to such as these.” Luke 18:16. Visitation will be Tuesday, Aug. 16 from 5:00 – 8:00 P.M. With a Rosary at 7:00 P.M. at Whitney & Murphy Funeral Home, 4800 E. Indian School Rd., Phx. A Funeral Mass will be held on Wednesday, Aug. 17 at 10:00 A.M. at St. Mary’s Basilica, 231 N. 3rd St. Phx. In lieu of flowers please send donations to Catholic Charities 4747 N. 7th Ave., Phoenix, AZ 85013.

Offer Hugs From Home Condolence for the family of OSTWINKLE, CAROL